Trump's delegitimisation of the election is coming to fruition - and the consequences may be grave. 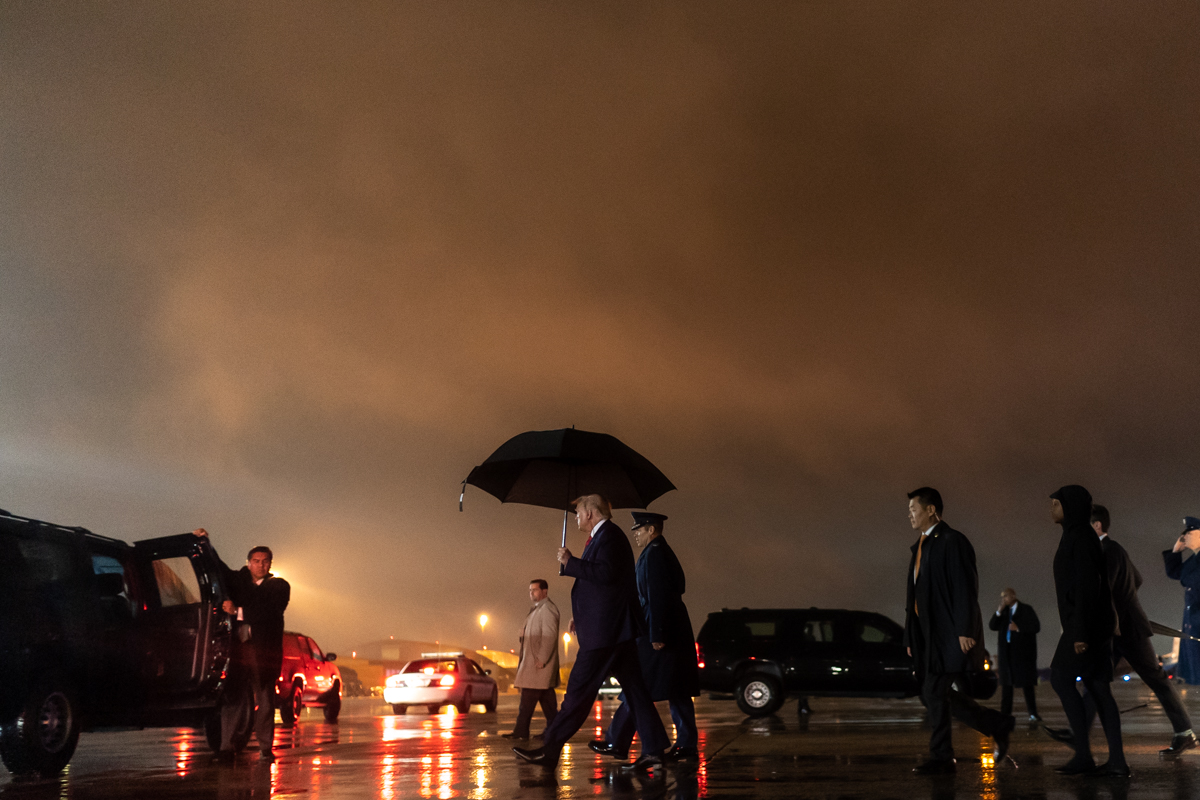 Donald Trump is on a crusade to discredit the 2020 presidential election. “Will you commit here, today, to a peaceful transferral of power after the election?”, a journalist at the White House asked the President. “Well, we’ll have to see what happens”, Trump replied. “You know I’ve been complaining very strongly about the ballots, and the ballots are a disaster. You know it, I know it, and you know who else knows it? The Democrats.”

Trump later took to Twitter to express his feelings about the workings of democracy: “With Universal Mail-In Voting (not Absentee Voting, which is good), 2020 will be the most INACCURATE & FRAUDULENT Election in history. It will be a great embarrassment to the USA. Delay the Election until people can properly, securely and safely vote???”

A lay observer of Trump’s actions would be forgiven for thinking the United States is slipping into authoritarianism. Never before has a President asked for an election to be delayed, neither Abraham Lincoln during the Civil War nor Franklin Roosevelt during World War II. With Trump’s campaign to delegitimise the entire election process, mainstream opinion compares Trumpism to a form of proto-fascism: no respect for democratic values, no respect for democratic institutions, and no respect for the law.

Yet the truth is that Trump is no autocrat in the making. To call the President an autocrat is to give him too much credit. Becoming an autocrat requires political skill and judgement. It requires one to upend the state apparatus and destroy all avenues of dissent.

Rather, it would be more fitting to call the President of the United States a fabulist. Trump is an ultranationalist and a consummate demagogue, one with a penchant for kleptocracy and nepotism. But if there were one quality that supersedes the rest, it is this: his adoration for chaos. Trump is a man who finds his greatest opportunities in disorder. He represents the greatest example of what it means to be antifragile: a being that not only copes with, but gains from disorder. In the words of Lord Baelish from Game of Thrones, chaos is his ladder.

Trump therefore appears to be on a mission. Far from establishing an autocratic state, it is one that seeks to replicate the chaos that has served him so well in the past.

From the delegitimisation of the voting process to the promotion of far-right militias, here are the factors most likely to upend the 2020 Presidential Election and serve Trump in his campaign to commence a second term.

COVID-19 has impacted all aspects of life, and the Presidential Election will be no exception. Mail-in-ballots are expected to account for half of all votes, a testament to voters’ reluctance to stand in long queues and vote at polling booths in person.

Yet what has been a tried and tested process is likely to be overwhelmed by the increasing number of Americans deciding to vote by mail. The United States is posed to see its highest voter turnout since 1908 – an outcome that will be good news for American democracy, but bad news for an overburdened administrative system working overtime to announce a victor.

At a basic level, questions are being raised over whether states are prepared to cope with higher levels of demand. Many election offices will not be used to higher turnouts, many of whom operate on tight budgets staffed with few employees. So far, Congress has only allocated $400 million of the $4bn required for election offices to successfully run around the United States.

There are also problems over the complexity behind mail-in-balloting, given state discretion. Take the mail-in-balloting process itself. It is one that takes place in different segments, requiring the postmarking of ballots, the correct use of envelopes and knowing the correct place to sign. With millions of people voting by mail for the first time, experts expect more errors – and thus more rejected ballots.‍

At some level, the difficulties have already begun. In the past few months, vendor errors nearly led to 100,000 voters in New York receiving security envelopes belonging to somebody else, while in the Michigan primary, more than 2,200 votes had been denied for being incorrectly executed.

Democrats, too, fear any potential delays. They argue it will enable Trump to declare victory before the final outcome has been determined, providing him with the opportunity to dismiss later results as rigged. The end result may likely be a constitutional crisis, one in which the President is arguing that it is he who is in fact saving democracy, all by resisting a Democratic coup.

Aside from the real weaknesses faced by the electoral system, Trump has sought to sow confusion and distrust over the legitimacy of the election by targeting the mail-in process. George Parker from the The Atlantic adeptly summarises the impact: arguing that as Trump’s lies make him more powerful, Americans only slip into more paralysis and passivity. Worse yet, some slip into rage – one that can culminate in political violence

Americans once used to live in fear over disinformation from Russia. Only this time, disinformation appears to be coming directly from the White House.

The United States has been no stranger to voter suppression. It has used identification requirements; placed high hurdles on the admissibility of voting through literacy tests; used caging lists; labelled African Americans as “deterrence”; removed voters from registration lists in the name of hygiene; and, disproportionality restricted the democratic rights of African Americans. African American wait, on average, 45 per cent longer to vote than their white counterparts, and are more likely to wait more than 30 minutes to cast a ballot. The United States may label itself the world’s greatest democracy. Reality, however, is far more sober.

Take Randolph County: with a Black population of 60 per cent, the county sought to shut down 7 of its 9 polling stations. Or the county of Jeff Davis and Fulton, both of which sought polling location consolidations. Chatham County, too, provides a key example. The county removed nearly 300 voters from its rolls, arguing the names were not able to match with previous water bills.

Sean Young, Legal Director of the American Civil Liberties Union in Georgia neatly summarises Georgia’s predicament: “Voter suppression is much like fighting Hydra. You chop off one head and three grow in its place.”

The debate over voter suppression raises questions over what tactics should be permissible, what is considered fair and what constitutes a genuine election. But what is less of a debate is impact. Minorities and the poor are disproportionately impacted by the use of such practices. Unable to exercise their democratic right, the consequence is the erosion of basic political rights and further disenfranchisement.

Election victors require legitimacy to rule for the health of American democracy. It becomes much harder to argue a President that deploys such practices can ever be in possession of such a quality.

It was during a Nevada caucus in 2016 when Trump made clear his liking for violence. “I love the old days…you know what they used to do to a guy [a protestor] like that when they were in a place like this? They’d be carried out on a stretcher folks…I’d like to punch him in the face, I’ll tell you.”

Trump has shown no signs of backing down. Rather than condemning far-right violence, Trump has doubled down on the support for white supremacist militias known for violent tendencies. “Proud Boys, stand back and standby” he remarked during the first presidential debate. Alongside the recent far-right plot to kidnap a Michigan governor and attack law enforcement, Trump’s rhetoric has added to the sense of a nation that is spiralling out of control.

Chris Hill, Founder of the pro-Trump 111% (pronounced “three percent), illuminates the thinking of many of these militia groups. “How have you been preparing?” asks a journalist from The Recount. “We’ve been preparing with recons, snipers, covert ops and operations in urban terrain…there is a lot of talk that things will go wrong if Trump wins the election” Hill remarks. “We’re there to be a line of defence.”

Full blown civil war is unlikely within the United States. But spectators of the election should not underestimate the mounting appetite for violence. After years of political division – liberal versus conservative, democrat versus republican, masker versus anti-masker – such disunity may be coming to a climax.

Indeed, Trump has moved the political needle so far to the right that talk of violence has now become a normalised aspect of American democracy; a possibility and a likelihood. The result? The beginning of the end for American credibility.

America once lectured African nations on electoral violence. Now they find its roots growing in their own backyard.