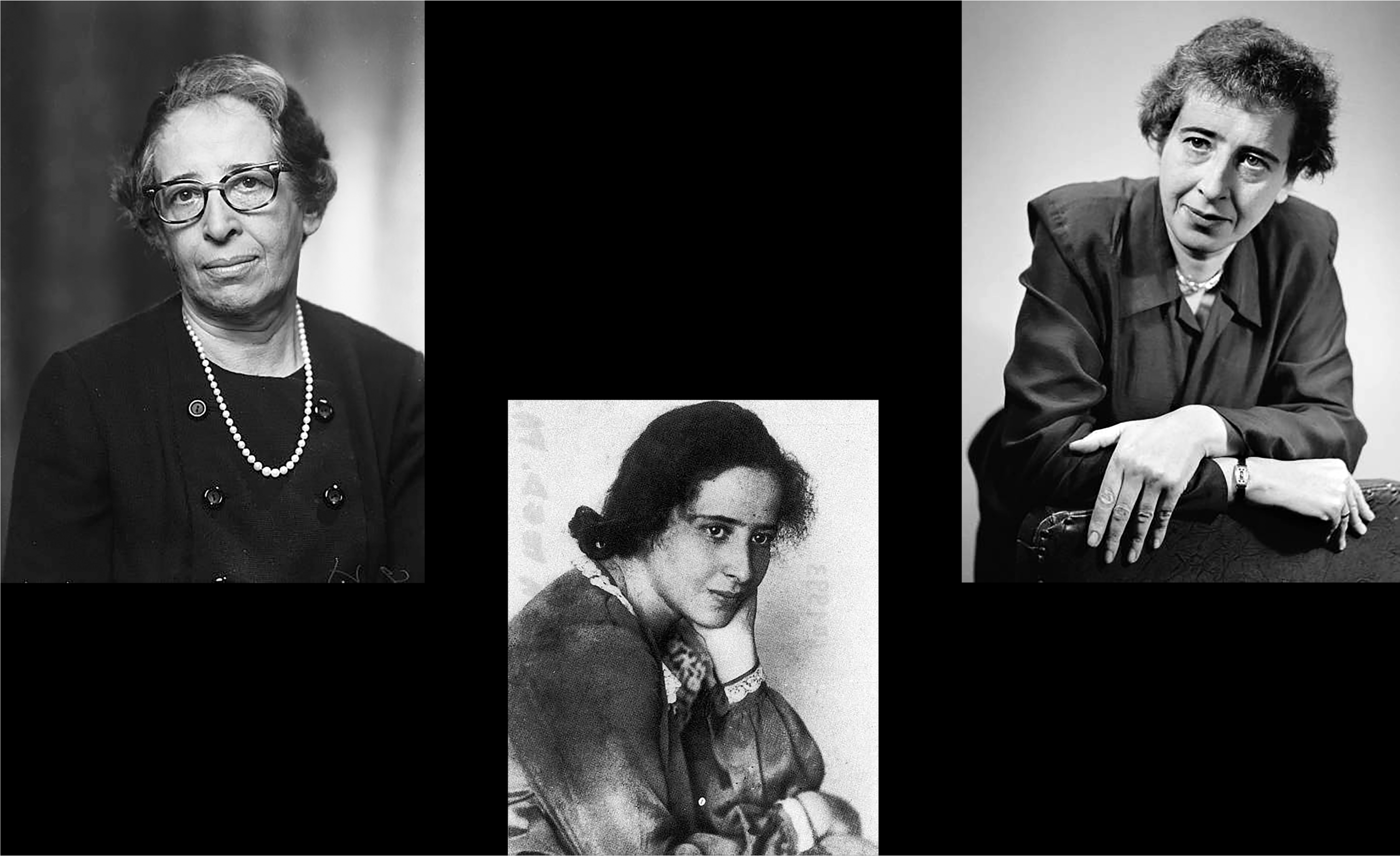 One of the most seminal political philosophers of the twentieth century, Hannah Arendt’s commitment to democracy and political action deserve to be revisited.

There are a handful of political philosophers of the twentieth century who have provided a fresh framework to view politics. Hannah Arendt can confidently be described as one of them. Writing on topics such as violence, power, human rights, government and tradition, the originality of her works illuminated the human condition, and provided a fresh perspective on the nature of political life — and what it meant to be human.

At a basic level, Arendt centered her methodology around the human experience. In Between Past and Future, Arendt wrote “…thought itself arises out of incidents of living experiences and must remain bound to them as the only guideposts by which to take its hearings.” For Arendt, what mattered was the way things appeared to the human senses, and the way that our activity — our being — was captured and conditioned by what we experienced, saw and felt in the world.

It was from this standpoint that Arendt stood in stark contrast from thinkers of the past, many of whom had ought to answer similar questions of politics. Arendt’s criticisms of the Kantians ran deep. For Arendt, their affinity to force certain conclusions, a result of identifying preceding absolute moral truths, was a flawed political quest. Equally, Arendt failed to believe that political philosophy simply entailed historical progress towards a utopian, classless society. Rather than a Kantian focus on a pure idea or a Marxist focus on materialism and labour, what mattered to Arendt was the interlink between humanity and politics. In Arendt’s mind, what made us human was our capacity for politics itself.

Hobbes, too, was not safe from the Arendtian tradition. In Leviathan, Hobbes had identified the universal characteristics of Man, eventually concluding Man was solitary, nasty and violent in the state of nature. But Arendt believed such a search was a futile endeavour. It was an activity akin to trying to jump over one’s shadow: there was no point from which human nature could be objectively observed, no Archimedean standpoint. For Arendt, we were human nature, and any observations were simply part of that natural reality.

The criticism of Western political philosophy did not end there. Arendt found the entire liberal tradition’s justification for government problematic. Under the liberal tradition, the Sovereign’s purpose was to guarantee individual security, to ensure individuals could pursue individual life plans and to establish a system under which individuals could flourish. The problem for Arendt was this understood freedom only existing in the private sphere — in our individual choices. It neglected, in her view, the true definition of freedom — one that existed by participating in the public realm. For Arendt, freedom could only occur in the political realm and through the process of actively engaging in politics.

Acentral theme in Arendt’s work was modernity. Modernity for Arendt had been characterised by the loss of the public sphere, which entailed action and speech, in favour of a private world of introspection and economic interests. It was the age of mass society, with the rise of the social above the private and public sphere. It was also, for Arendt, an era of deep homogeneity: one which led to conformity of individual taste and preference.

It was this move towards homogeneity — towards an ideology of the masses as it were — that Arendt believed to be dangerous. The end result was the complete loss of responsibility for individual action and the rise of bureaucracy. Bureaucratic administrations were characteristic of modernity, along with domination by the elites and the manipulation of public opinion. Bureaucracy was an alienating experience for humanity: it was a system under which nobody took responsibility, in which the bucket could always be passed to another bureaucrat. Bureaucracy entailed rule by nobody, and it was under this system, she believed, that made it ripe for totalitarianism to arise.

Arendt’s analysis of modernity had been influenced by the rise of Nazism and Stalinism, key events during the course of her life. Both had emerged on the global stage and had been characterised by the institutionalisation of violence and terror. Totalitarianism was the process that overrode the individuality, freedom and plurality of mankind, and replaced it with homogeneity and conformity.

It was from this basis, as well has her criticisms of previous political philosophers, that Arendt formulated her own political theory. It was one which advocated viva activa (an active life) over viva contemplativa (a contemplative life). For Arendt, the previous philosophers before had had placed a premium over contemplation over action. They had retreated into the realm of contemplation, believing no earthly conditions or existence could match the beauty and truth of the cosmos. In this way, she argued, philosophers had sought freedom beyond the realm of political activity — and instead, in moral truths or utopian goals.

Arendt’s critique equally extended to Christianity. Christianity, for her, was suspicious of the entire political sphere, emphasising eternal damnation: for humanity could only achieve truth from its relationship with God. Just like the Platonic tradition, Christianity sought an escape from politics, and divorced freedom from politics.

Arendt’s political theory therefore rested on a tripartite division, one between labour, work and action. Labour referred to the activities necessary to sustain human life, catering to biology and the drive for reproduction. Work related to those activities not living under the function of biological necessity, but those that lent themselves to creativity. It involved the creation of something outlasting its creator, judged by its ability to actualise one’s capacity for freedom. But it was ultimately the third — action — upon which Arendt placed the most importance. Arendt defined action as the practice of political freedom, and argued it differentiated us as a species.

“The reason de’tre of politics if freedom, and its field of experience is action,” said Arendt. Freedom was why we entered into political organisation in the first place. It was why we could live our lives in plurality with one another. Action, therefore, entailed two central pillars: freedom and plurality.

Freedom involved courage, virtue and risk-taking. Above all, however, it entailed the capacity to start the unexpected. Arendt rooted freedom in the concept of natality. She argued each birth represented a new beginning, novelty and the ability to begin the unpredictable. Of the three activities, action was the most closely intertwined with natality, for only by acting could individuals re-enact the miracle of beginning, something inherent in birth. In her words, “the new beginning inherent in birth can make itself felt in the world only because the newcomer possesses the capacity of beginning something a new, that is, acting.” Arendt emphasised the uniqueness of each individual life, and that each individual born into this world has the capacity to bring something new when they act: “the fact that man is capable of action, it means the unexpected can be expected from him. That he is able to perform what is infinitely probable.”

Arendt’s favourite examples of freedom came from the American Revolution, since it birthed the constitution of liberty. The French Revolution, too, was illustrative of action in history. In both cases, individual men and women gained the courage to deviate from their normal lives, stepping forward out of the private domain and into the public sphere where freedom could be created. In doing so, they rediscovered the truth known to the ancient Greeks: that action is the supreme blessing of life, one which bestows significance to the lives of individuals.

It was this notion of re-birth that appealed to so many during the Labour Party’s landslide of 1997. Tony Blair promised a third way of politics, beyond the schisms of left and right, arguing this new way of politics would propel Britain into a new era. “New Labour, New Britain” adequately summarised the theme of natality in Labour politics — the Labour Party had been reborn again, this time from its socialist past. Tony Blair sought to do the same with Britain, a nation that was on the cusp of entering into a new century, with new challenges to its politics.

Brexit, too, had similar undertones of natality. For all its merits of criticisms, the Vote Leave campaign was one run on a sense of re-birth, the undertaking of a project no other member had embarked upon, and of a new Britain outside of Europe — one that could be remade without the constraints of European oversight.

Freedom, however, was only one part of action. The other was plurality. Arendt argued the essential features of the human condition were the differences between individuals. Unlike the Hobbesian approach, the philosopher had to begin from the premise that there was no “Man”, only individual men and women. The desire to discover a universal law or history was a disastrous endeavour for Arendt, one that ultimately entailed the imposition of a universal philosophy on men and women, unfit and dismissive of their individual differences.

It was from this recognition of plurality that Arendt argued action takes place in the full view of others. Action was not an isolated act. It was one that occurred in the present of different actors, who, from their different perspective, could judge the substance of the very thing being enacted. Action was not an activity that took place in a vacuum. Nor was it a spontaneous act that took place without a vacuum. Action occurred in a constructed environment, in what Arendt described as the public sphere — the agora. It was in the agora that individuals were liberated from necessity, labour and reproduction. It was where they could appear as one another’s equals, and where they could express their own individuality. It was where they could reveal who they were as individuals, and not as private consumers.

What was at stake, Arendt argued, in the public realm was not merely our individual interests, but the world at large: “This world of ours, because it existed before us, and is meant to outlast our lives in it, simply cannot afford to give primary concern to individual lives and the interests connected with them; as such the public realm stands in the sharpest possible contrast to our private domain, where in the protection of family and home, everything serves and must serve the security of the life process.”

For Arendt, it was ultimately by direct political participation that citizenship could be reaffirmed. This required common deliberation and civic engagement: necessities for the flourishing of human existence.