How to Build a Chumocracy

Britain has always suffered from a disease of cronyism. Under Boris Johnson’s government, it has risen to new heights. 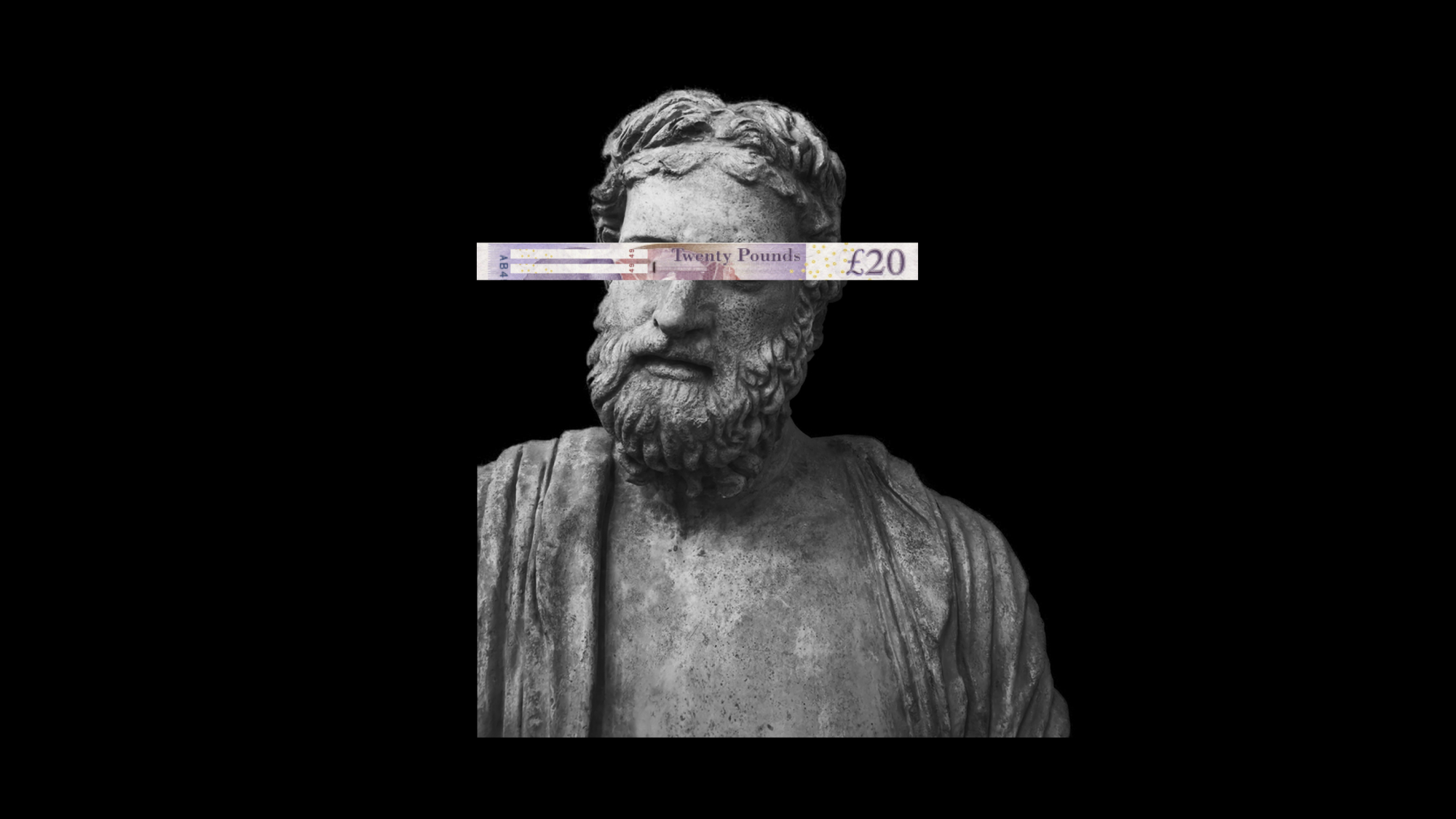 If you want to build a chumocracy, there is a tried and tested method. First, wait for a national catastrophe. A world war, a security crisis or even a pandemic will do. Make sure that the event is frightful enough that the public capitulate — a chumocracy only truly works when the public are deferent to authority. Under the guise of assistance, pronounce various public rules, safety measures and regulations for the public to follow. Make sure that they do not make any sense. Construct vague meanings with indeterminate explanations. Never say anything too specific, and if you do, qualify it with several exceptions. Leave the public with confusion and concern, and your success will be assured. (It helps if you went to Eton, along with Oxford or Cambridge).

Then, during a state of public frenzy, proceed to award government contracts worth millions to your friends, family and donors. If asked, argue there is no time for due process or tender. This is, after all, a time of national crisis. Make sure to prioritise those who have donated to your party first: loyalty is, after all, a two-way street. Resist any attempt at explanation if pressured. The prime opportunity to elevate your circle has come once again — make sure it is not squandered.

Johnson appears to have already taken heed of such advice. During Britain’s COVID-19 crisis, the government has indulged in the awarding of pandemic contracts to hundreds of companies. A New York Times investigation revealed that, within the first seven months of the pandemic, around half of the twenty-two billion dollars’ worth of contracts went to firms with political connections; around five billion went to politically connected companies, with some having former ministers, advisers or party donors as staff; around six billion went to companies that had no prior experience in supplying PPE; and around five billion went to companies with controversial histories, including tax evasion, fraud, corruption and human rights abuses.

Let us take Randox, a significant financial beneficiary of the pandemic. Last year, it received a three hundred and forty seven million pound testing contract, a six-month extension of an existing agreement that was given without tender. Conservative MP Owen Paterson was revealed to have acted as a consultant for Randox, in return for an annual sum of one hundred thousand pounds. Serco, meanwhilst, received a contract worth one hundred and eighty million pounds. It has close links to Edward Agar, the minister of state for health, as well as Rupert Soames, the brother of former Conservative MP Nicholas Soames. Hinpack, a company run by the former neighbour of Matt Hancock won around thirty million pounds worth of work, while Faculty Science Limited won a contract worth one hundred and twenty five thousand pounds. It has links to Vote Leave and Dominic Cummings. 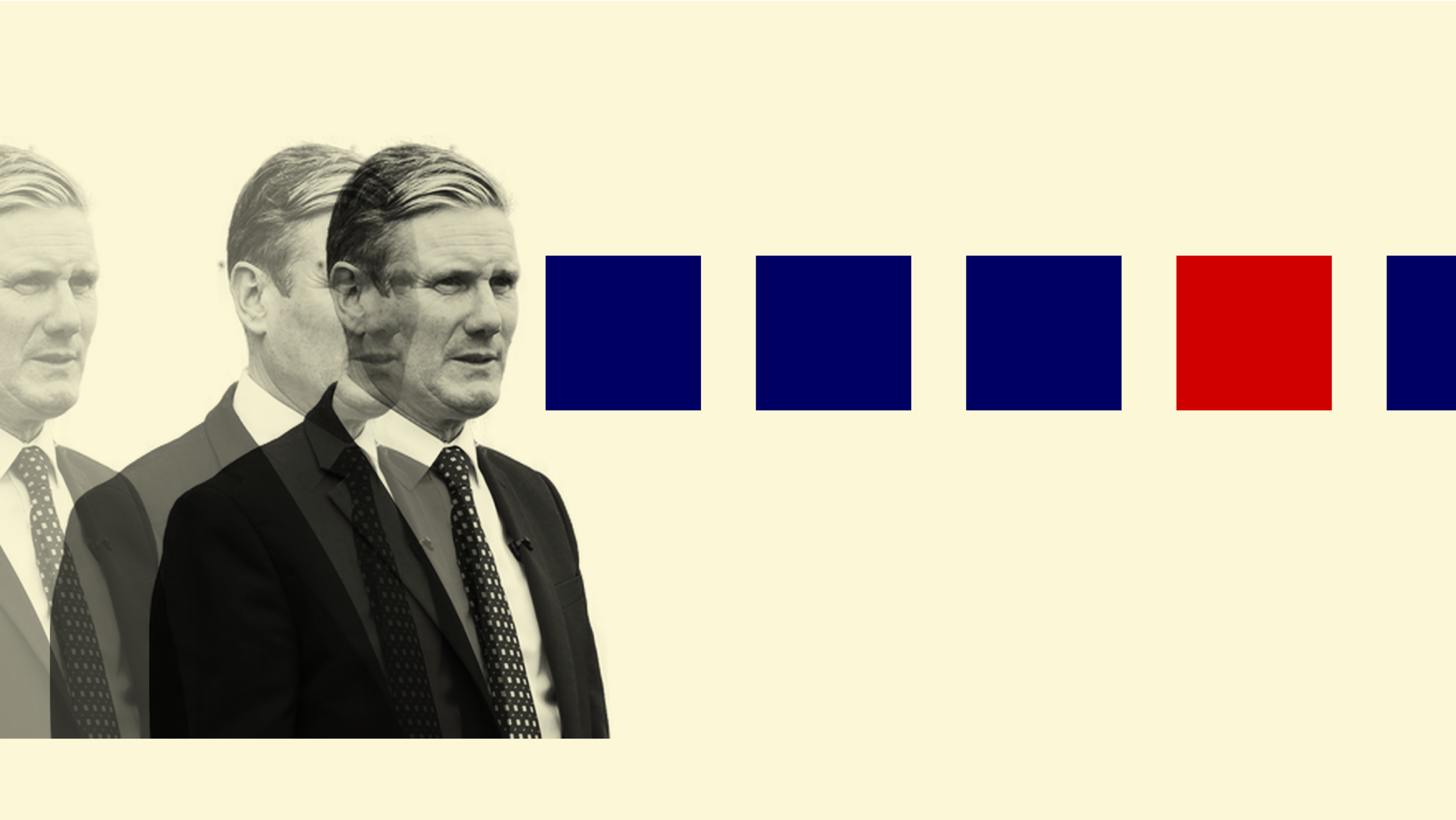 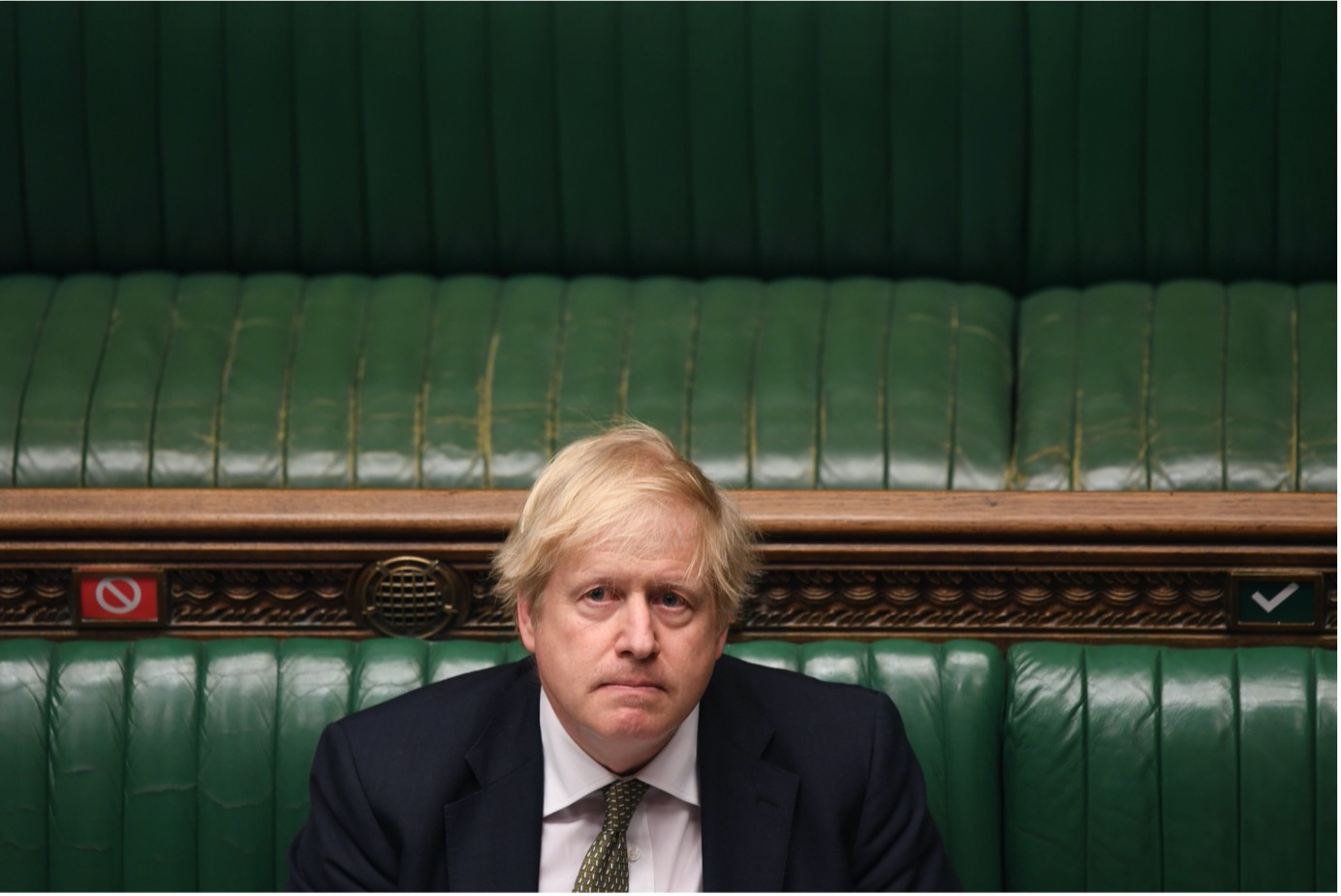 Boris Johnson is a Broken Man
by Zeyd Anwar 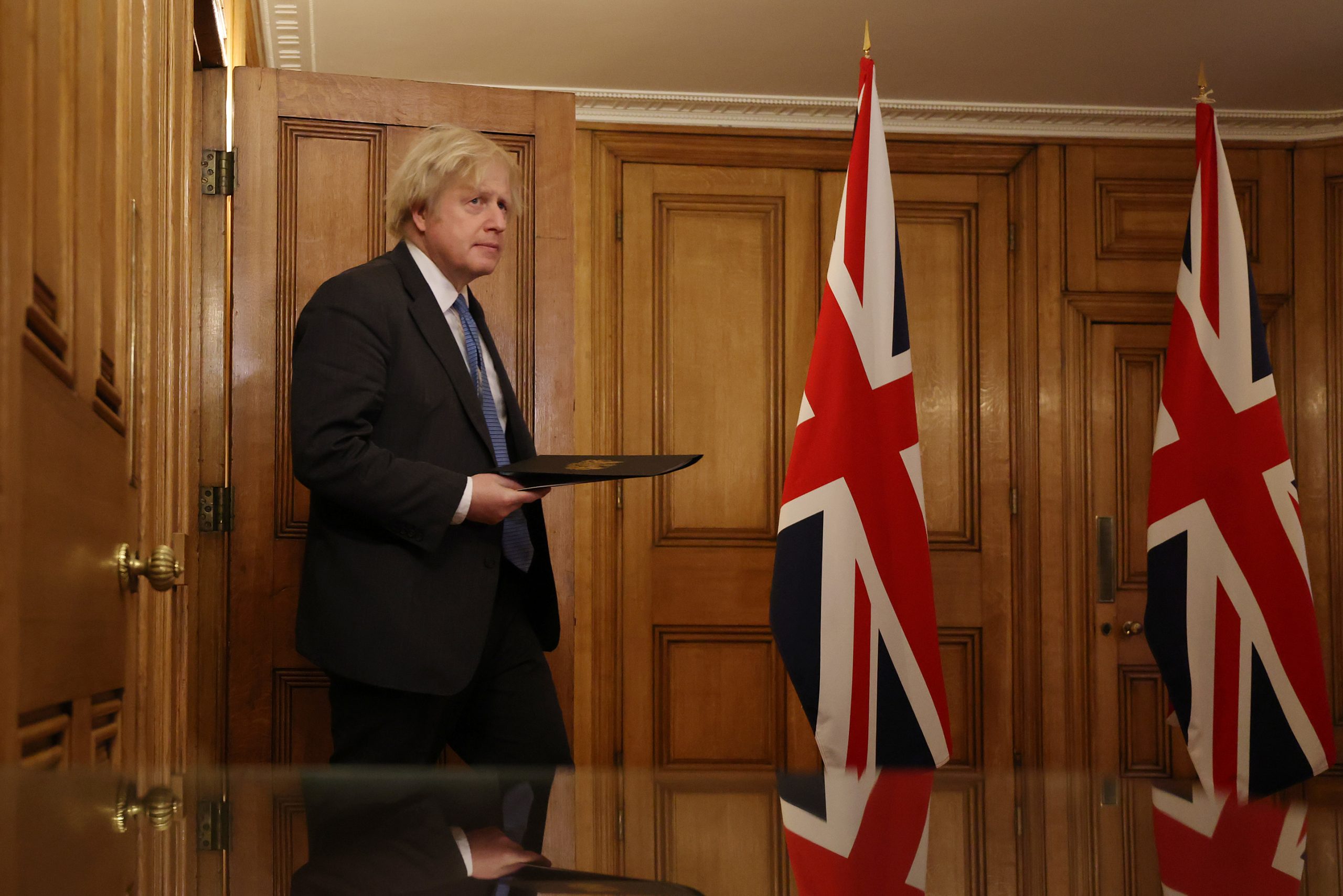 Transparency International UK, a leading anti-corruption organisation, analysed the government’s contracts in depth. They eventually concluded that the data indicated “apparent systematic biases in the award of PPE contracts that favoured those with political connections to the party of government in Westminster.” Matt Hancock, the former health secretary, even devised a “VIP lane” — a contract awarding process for favoured companies with links to the Conservative Party. Research revealed that companies in the high priority lane were one in ten times more likely to receive a contract. For those outside, the chance was one in one hundred.

Johnson’s government has not limited itself to contracts. It has used the opportunity of COVID-19 to try and strengthen the power and wealth of its cronies in other ways. In March, billionaire John Bloor donated one hundred and fifty thousand pounds to the Party days after Robert Jenrick approved a controversial housing scheme for the tycoon. In April, Boris Johnson told billionaire James Dyson that he would “fix” tax issues in relation to Dyson’s staff. In June, Lord Cruddas was granted a peerage a few days after donating five-hundred thousand pounds to the Conservative Party. And most recently, Health Minister Lord Bethell admitted to using his personal email address for signing off contracts and dealing with government business.

Allegations of cronyism are often reserved for others: Uzbekistan, the countries of the Middle East and even former British colonies in Africa. The British state has always been portrayed as a model for other countries to follow — a beacon of hope and due process. Yet the truth is that cronyism remains at the heart of British politics. The only difference is that Britain is much better at hiding it than everyone else.

The origins of the word “crony” are said to lie in the Greek language, the word itself modelled on the term khronios, translating into “long-standing” — the same root behind words such as “chronology”. An oft-quoted but less likely source is also the Irish term Comh-Roghna, meaning “close-pals” or “mutual friends.” The first written recording of the word in the English language traces back to the diary of Samuel Pepys, the navy administrator and member of parliament for Castle Rising. In 1665, Pepys noted that “Jack Cole, my old school fellow…was a great chrony of mine.” By 1678, the ‘h’ in the word “chrony” was removed entirely. By 1840, the word “cronyism” simultaneously came into play, but at the time only referred to an individual’s ability to make a companionship. The word did not yet, at least, carry the suggestion of partiality, and that advantages were being awarded to friends or family (usually in high places).

Pepys himself was no stranger to allegations of cronyism. As a high-ranking official in Britain’s navy, Pepys was reportedly the recipient of sexual favours, lavish gifts and monetary rewards for contracts. He saw his personal income increase sixfold between 1660 and 1669. When, in the winter of 1669, Pepys was called to account for his alleged cronyism, Pepys responded by protesting that he never did “directly or indirectly…demand or express any expectation of fee, gratuity or reward from any person or any service.” Pepys did, however, deliberately underestimate the amount that he was personally worth by six thousand pounds to seem more innocent. For Mark Knights, professor of history at the University of Warwick, Pepys “blurred the boundary between someone supplying a government service and friendship with them as individuals.”

The later change of the meaning of the word “cronyism” was said to have occurred during the Truman administration.  Writing in the New York Times, a journalist stated that “the amount of politically entrenched bureaucracy that has earned for Mr. Truman’s regime its sorry reputation for corruption, cronyism, extravagance, waste and confusion.” The original word’s meaning soon after was destroyed, and, along with the word “crony”, came to describe a derogatory sense of friendship exemplified by favouritism and preferential treatment.

Over three hundred and fifty years later, cronyism still lies at the heart of British politics. “We all know how it works,” David Cameron said in the final months of his 2010 election campaign. “The lunches, the hospitality, the quiet word in your ear, the ex-ministers and ex-advisers for hire, helping big business to find the right way in.” Cameron did not listen to his own advice.

The Greensill Scandal revealed Cameron engaging in the very cronyism and lobbying that he himself had once criticised. The founder of Greensill, Lex Greensill, had previously been an advisor to David Cameron during his time as prime minister. Cameron himself had even been awarded stock options, worth up to seventy million pounds on a stock exchange flotation.

Cronyism is an ethical and moral problem, but it is equally a political and economic one. Cronyism bends the system of government to the wills of narrow interests, such that the government cannot be said to serve the needs of the wider public. It also extends the wealth and influence of an already disproportionately powerful elite, who, unlike members of the public, do not have direct access to government ministers. Take Serco. In June 2021, the company stated it expected a fifty per cent jump in profits, bolstered by its pandemic contracts. “We thought that if we rang the government, said we’re a local British business with the facilities to help, that would be enough,” remarked Rizwana Hussain, the owner of Multibrands International, a company that offered to supply the government with PPE. “Now we know that being part of the government inner circle held us back,” Hussain said.

This points to a wider economic problem: that the share value of firms that are the beneficiaries of cronyism outweigh those that are not. This is not only damaging to talent and competition for government work, but equally Britain’s status as an international business hub with a level playing field for business.

Crises like pandemics depend on trust and transparency. In exceptional times where contracts are being awarded outside of usual procurement rules, it is essential for public confidence that such decisions are recorded and made publicly transparent. Yet The National Audit Office, having investigated the government’s procurement procedures during the pandemic, noted a “lack of transparency and adequate documentation” on key decisions, including how the government identified and managed conflicts of interests. Meanwhilst, critics of the government’s procurement process told the British Medical Journal that a lack of transparency made it difficult to trace the influence of lobbyists in the decisions to award pandemic contracts. When some information was released, it was revealed that Priti Patel, the home secretary, was accused of lobbying on behalf of a mask firm that had links to someone she knew. Lobbying, of course, is central to our idea of democracy. But it is a process that is often poisoned by cronyism and corruption.

“Considering the gravity of decisions under ministers’ consideration, there should be much greater transparency over who’s trying to influence them, how, and over what decisions, than is currently the case,” said Alex Runswick, senior advocacy manager at Transparency to the British Medical Journal. “We know more about lobbying activity in rural Ireland than we do in Whitehall.” For taxpayers, transparency is equally critical in ensuring value for money and determining whether taxpayer money is being put to use.

Chumocracies are bad places to live. They lead to a concentration of wealth and power in the hands of an already gilded elite. They contribute to excessive financial waste and negligence. They lead to poorly created infrastructures, much needed during times of crises. And they weaken a country’s institutions and governance, since individuals are appointed not on merit or skill, but on relations — a prime recipe for incompetence.

British prime ministers throughout history have often had words associated with them, summarising their time in office. For Clement Attlee, that word was the NHS. For Harold Wilson it was technology, and for Margaret Thatcher, it was TINA (there is no alternative). In the 1990s onwards, the word for John Major was sleaze, while the word for Tony Blair was Iraq. David Cameron’s, meanwhilst, was austerity. While Brexit and Coronavirus are words presently associated with Johnson’s government, there should ultimately be a third and final one: cronyism.