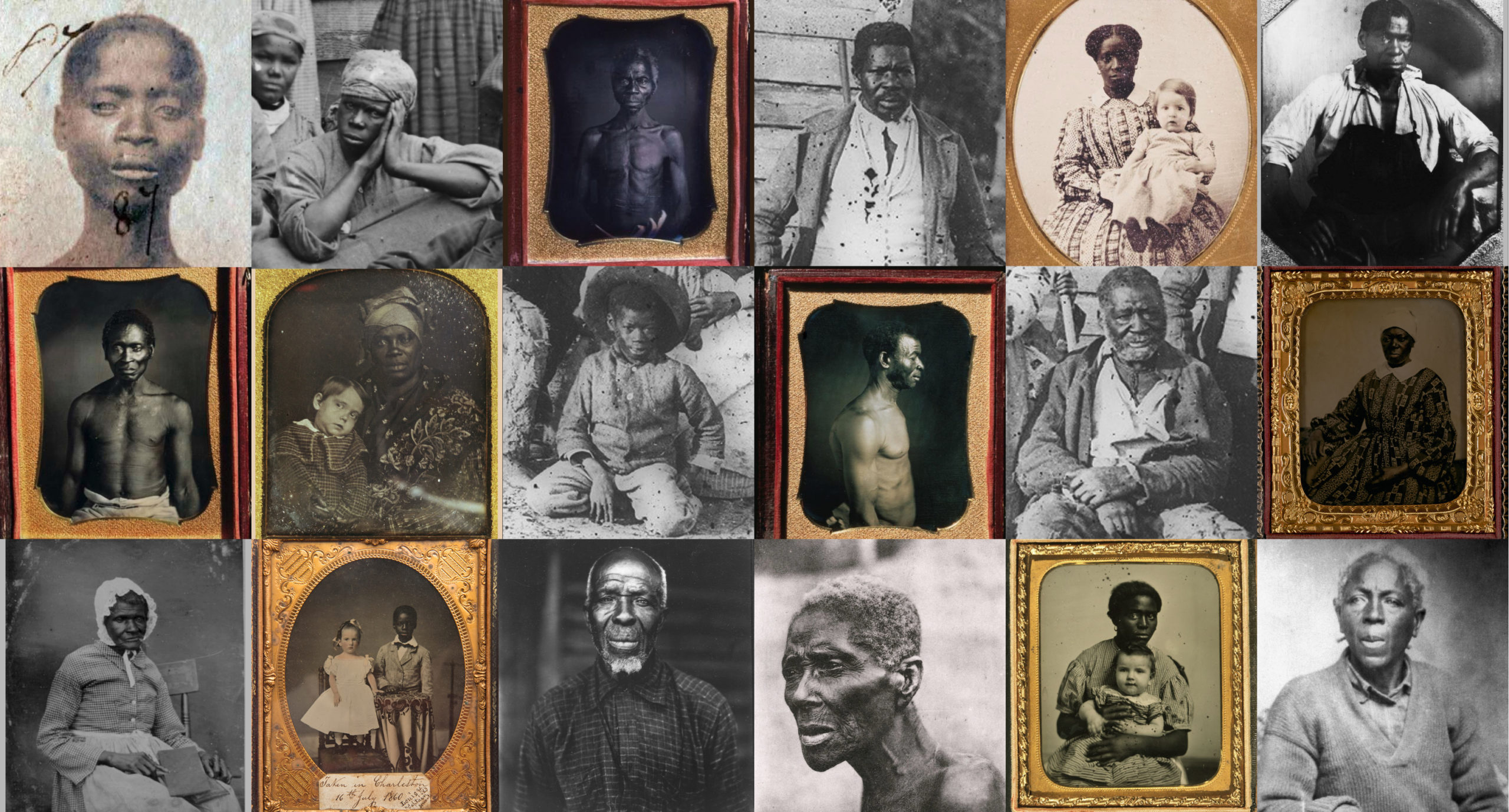 The Zong Massacre and The Sea of Horrors

In 1781, the Zong massacre brought to the fore the horrors of the Atlantic slave trade.

The murder of over 130 Africans on the Liverpool slave ship Zong remains a landmark in the long litany of barbarities that form the history of the Atlantic slave trade. The Zong, carrying more than twice the number of slaves it could safely transport, began its voyage across the Middle Passage to Jamaica in September 1781. After a series of navigational errors and a reduction in water supply, the Zong’s crew agreed to jettison their enslaved. On the 29 November, 54 women and children were thrown through cabin windows into the sea. On the 1 December, 42 enslaved African men were jettisoned. In following days, a further 36 slaves were thrown overboard. The rationale, later disputed, was that the enslaved were jettisoned due to low water supplies, and that the ship was unable to sustain all those who were on board.

The crew soon claimed for the dead Africans under insurance. The killings were viewed as maritime loss rather than a case of mass murder. In the 18th century, Africans were viewed as cargo, insured like any other good or commodity. Yet the Zong’s insurers refused to pay for the jettison of enslaved Africans. As the shipowners proceeded to take their claim to court in 1783, the first trial, heard before Lord Justice Mansfield and two other colleagues, held that the “Case of Slaves was the same as if Horses had been thrown overboard…” The relevant question was not whether the killing of enslaved Africans was lawful, but whether there was an “Absolute Necessity for throwing them over board…”

Olaudah Equiano brought the case to the attention of Granville Sharp, the dogged campaigner against the slave trade and the long-term defender of Africans in Britain. Sharp was outraged, and pressed the Admiralty to bring murder charges against the crew of the Zong. The Admiralty ignored him. Sharp was more successful with English Quakers, and a few months after Sharp brought the case to their attention, Quakers started their own agitation against the slave trade. It was their voice — their petitions and their collective complaints (and their publication of the image of the grossly-overcrowded slave ship the Brooks on a famous poster) — which laid the basis for the political campaign against the slave trade. Though initially slow and low-key, that campaign traced its roots to the Zong massacre. The Zong massacre itself was subsumed into the abolitionists’ broader campaign against the horrors of the slave ships, but it acted as the catalyst which propelled key players — Equiano, Sharp and the Quakers — to rouse public awareness. They, in their turn alerted Parliament and the public more generally about the horrors of the slave trade.

Today, the Zong massacre acts as a major historical signpost towards an understanding of the Atlantic slave trade. Yet at first sight, it seems bizarre; why killing enslaved people who had been bought at such cost and such effort?

The aim of the Atlantic slave trade was to transport Africans and sell them at a profit in the Americas. From start to finish it was a violent system, kept in place only by draconian measures and savage punishments for any form of enslaved resistance. No slave ship could survive without its chains and manacles (indications of African resistance, not of submission) and a variety of weapons: all used to punish, subdue and deter. Killings were also commonplace, even though they were often contrary to the owners’ interests. Slave resistance was universal and time and time again; slave traders often told of revolts suppressed by savage infighting between crews and the enslaved. Occasionally the African slaves won, but most often they were crushed, with exemplary punishments doled out to the defeated. 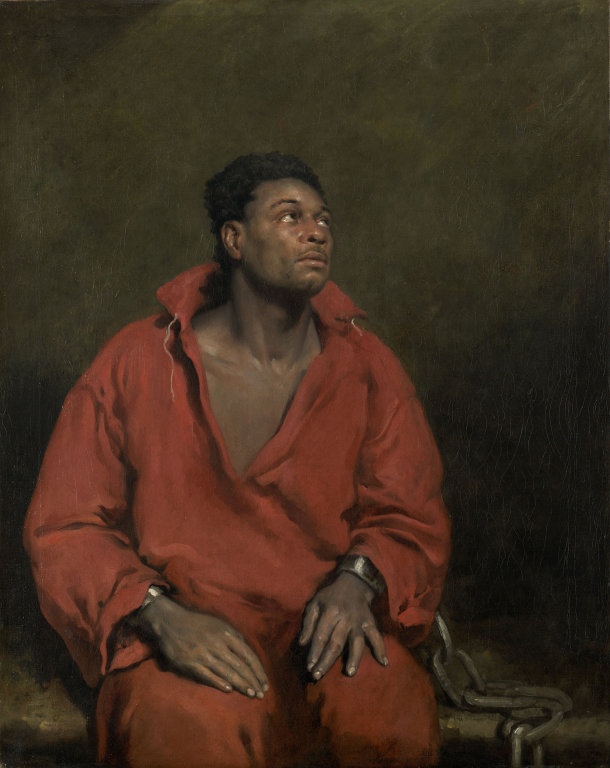 The Captive Slave, a painting by British painter John Simpson. The subject matter and mode of creation suggested, at the time, an abolitionist statement

Inevitably, African slaves died in the fighting, but wounded soldiers posed a problem for the ship’s master: injured Africans had little value in the slave markets of the Americas. In the words of one Captain, his wounded Africans gave “an unfavourable impression.” The solution was to pitch the slaves overboard, then claim for them on the ship’s cargo insurance. The massive expansion of European maritime trade to India and the Americans in the 17th and 18th centuries prompted the development of maritime insurance. In the case of slave ships, Africans were insured as cargo: all had a value on their head. English law held that “Natural death” – simply dying or committing suicide – was not covered by insurance, but if the enslaved died in a shipwreck or were killed in a revolt, the loss was recoverable (“the insurers must answer”). What had not been considered before 1783 was what happened when Africans were deliberately killed.

The Zong massacre was not a unique circumstance. For years throughout the slave trade, Africans were killed, often abandoned to a terrible fate in shipwrecks when the crew abandoned the ship and left the African slaves incarcerated below decks to drown. Nor was this a uniquely English habit.

In both practice and in law, enslaved Africans were defined as cargo — as things. Portuguese insurance law classified slaves alongside beasts of field, while the French viewed them as “moveable stock”. The Dutch, too, spoke of them as “stock”. Africans on slave ships were mere items of trade: objects and chattel – just as they were on the plantations. All had a value (unless old a firm, in which they were deemed “worthless” or “useless”).

The Zong massacre focused attention — then and now — on the central idea that enslaved Africans were treated as objects. Europe’s powerful slave empires, and the wealth they created, hinged on this fact. The Zong massacre also provides a modern entrée to a fuller understanding of the nature of European empires and their consequences to the present day. Indeed, the Zong massacre exposed the mentality which underpinned the wider story of Atlantic slavery. 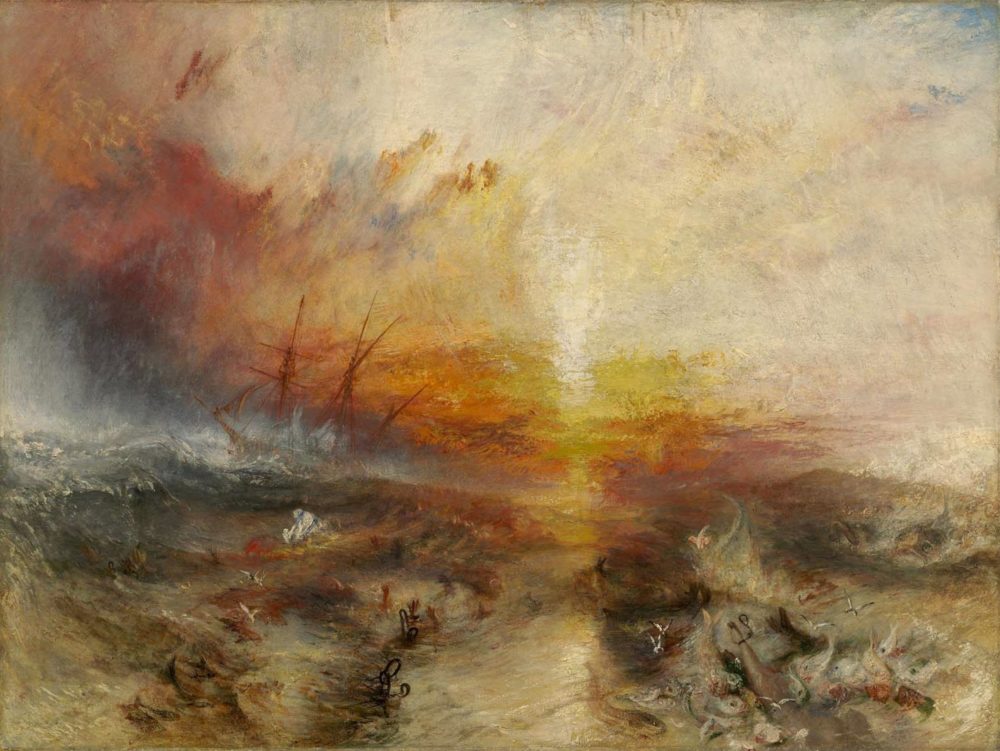 The Slave Ship, a painting by the British artist J. M. W. Turner. Turner was possibly moved to paint The Slave Ship after reading about the slave ship Zong and the events of 1781.

A surviving obstacle to a better understanding of the Zong massacre is public knowledge about the abolition of the slave trade by the British in 1807 and the Americans in 1808. The abolitionists stoked a smoke screen, obscuring the fact that both countries were major players in the Atlantic slave trade.

After 1807, the Royal Navy and US Navy operated abolitionists patrols to intercept slave ships. Yet their efforts did not stop the flow of Africans across the Atlantic, mainly to Brazil and Cuba. It was during this 19th century that slaves encountered more mass killings, some of which were comparable to the Zong massacre. These incidents were reported by officers serving on the Atlantic abolitionist patrols. Reports to the Admiralty spoke of Africans ditched from Portuguese and Brazilian vessels at African embarkation points, in the Atlantic and on the journey towards the Americas. The most bizarre cases involved placing Africans in barrels before ditching them. There were equally grotesque levels of casualties among sick African slaves, who were jettisoned alongside the dead. Anxious not to be caught and impounded by abolitionist navies, slave ships often attempted to outrun abolitionist patrols and threw their enslaved Africans overboard.

All this involved an astonishing volte-face for the Royal Navy, which had, throughout the 19th century, been the mainstay for the British slave trade. It had previously guarded slave routes and its African and American colonial outposts against European rivals. The Royal Navy also shipped men and equipment between slave islands to suppress slave rebellions, while it fought major wars in the Atlantic to secure Britain’s slave colonies. British warships were feared as much by enslaved Africans as they were by European rivals. And yet, after 1807, Britain’s mighty Royal Navy turned 180 degrees: its officers became abolitionist.

Despite British and American naval and diplomatic pressure, the slave trade continued by France, Spain, Portugal and Brazil as well as North Americans flying under false flags. They transported huge numbers of enslaved Africans, mainly to Brazil and Cuba. The United States of America no longer needed more Africans: though the US abolished maritime slave trading in 1808, slavery survived until 1865. The country no longer needed to import enslaved Africans; the booming local black population created a domestic, internal slave trade, from the old slave regions to the world of southern cotton. By the outbreak of the American Civil War, there were four million slaves in the United States. Brazil, in addition to its continuing demand for Africans, possessed its own large domestic slave trade, mainly for its expansive coffee industry. Cuba also continued to demand Africans which in turn powered the Atlantic slave trade and spawned its own stories of overcrowded ships and horrifying levels of slave mortality — alongside mass killings — as slave traders sought to evade abolitionist navies in a swift dash across the Atlantic.

By then, however, the West had turned. Abolition became a major theme in European (notably British) and North American societies. The reading public was regaled, through press reports (mainly leaked reports from Royal Naval officers) of the seaborn outrages against enslaved Africans. Western life became increasingly literate, eager to absorb the evidence and graphic images which spilled from Atlantic ships and plantations. The world of print brought to the public the grim realities of the Atlantic slave trade. Above all, the West was confronted by irrefutable evidence that African resistance was met by ferocious levels of cruelty, and that the seaborne trade continued to be pockmarked by mass killings.

The Zong massacre of 1783 remains the most infamous example of mass killings on a slave ship. There had been many others previously and many more were to follow. Today, we scratch our heads at the inhumanity involved, but there was a remorseless, heartless logic involved. Atlantic slavery was a system that reduced millions of Africans to the status of cargo — things, chattel, possessions. They were bought, sold, bequeathed and inherited much like beast of the field. At times, they died in much the same way.

James Walvin is Professor Emeritus in History at the University of York.