Legacies of the Cold War

The world we live in is very much the result of a clash of civilisations between the Soviet Union and the United States. 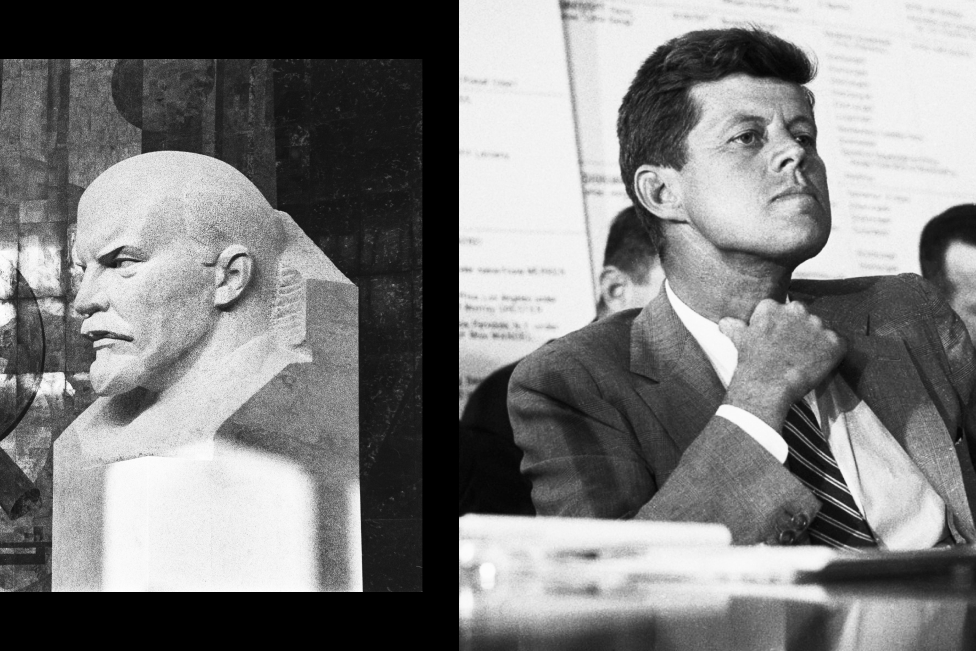 Isuspect that none of my current students were even alive when the Cold War came to an end between 1989 and 1991. Indeed, to them, this long durée which meant so much to all of us who lived through it, must seem like some distant — almost incomprehensible — event which has little or no bearing on their own lives, or on the complicated world in which they happen to be living as we enter the third decade of the 21st century.

Yet as I frequently point out — perhaps too frequently for my own good — the world as it now is, is very much a product of that great clash of civilisations which killed twenty-five million people, tore Europe in half, led to a divided Berlin and Germany, spawned a dangerous arms race, while compelling one or other of the two superpowers to intervene in third countries if they believed the other side looked like it might be gaining the upper-hand there.

The most obvious example of one of those “third countries” of course was, and is, Afghanistan. Hardly anybody today can recall the Soviet invasion of late 1979. But I do. It was the day before Christmas. I remember how the US then allied itself with jihadists to make Moscow pay a heavy price for its folly. I also recall the chaos which followed the USSR’s withdrawal and the rise of the Taliban and Al-Qaeda in the 1990s, and then 9/11, followed in short order by an American intervention that crushed the Taliban and destroyed Al-Qaeda. Move the clock forward twenty years and America’s ignominious withdrawal from Afghanistan has consequences we can only begin to imagine. To paraphrase Trotsky, “Americans may not be interested in history, but history will always find a way of catching up with America.”

But what has this got to do with economics I can hear my colleagues at the London School of Economics asking? Well, the answer is: a very great deal. When I was growing up in the Cold War, we assumed the “socialist camp” would be around for a very long time. But as we know, the “future failed” and we were all then left with only one economic system: capitalism. As Fukuyama explained to great applause, liberalism and liberal economics represented the only way forward. We were told that the market would always work to maximise resource allocation. Economists even came up with a theory known as “the efficient market” hypothesis to explain why the market could never fail. We were also informed that the new global economy — another legacy of the collapse of socialist planning — would not only lift all boats, but that it would be futile, backward even, to stand out against the onward march of a world economic order from which all were bound to benefit over the long term.

Each of these post-Cold War truths have all turned out to be bad guesses at best and almost completely wrong at worst. China, for example, has shown that a system can thrive without being either liberal in politics or liberal in economics; and to add ideological insult to economic injury, Xi Jinping even refers to Karl Marx as his inspiration. Meanwhile, the Great Crash of 2008 showed that markets can go very badly wrong with huge costs all round. Nor are there may today who would be willing to make the case for globalisation in the manner Martin Wolf of the Financial Times did in his short, influential book of 2004 self-confidently entitled Why Globalization Works. Indeed, to anybody celebrating open markets in the way in which he did (and before him Blair and Clinton) would be laughed out of the room. Clinton once referred to globalisation as a law of nature. Liberals might still like Clinton; they certainly don’t like Trump. But Trump won the argument in 2016 by attacking what he called “globalism” and pointed out that open markets did not always lead to prosperity and security for all.

But what about the original winners and losers in the Cold War: how have things turned out for them? Not quite as expected.

First, the loser: post-communist Russia, which went through hell for a few years. No doubt about it. However, instead of fading away and becoming globally irrelevant as some no doubt hoped it would, it has, through its actions — many of them ruthless no doubt — managed to make something of a come-back. Indeed, the power of the Cold War to influence much of the debate about Russia today is expressed in the now popular notion that we are once again living through a “New Cold War”, much like that which supposedly came to an end over thirty years ago.

What about the last remaining superpower? It would be foolish and wrong to underestimate the US and its ability to shape events around the world. Even its decision to abandon Afghanistan to its fate was less a mark of decline as some have seen it, and more an indication that when push comes to shove, American will act alone in its own interests with little or no regard for others; a mark of real power if ever there was one.

Even so, when the US set out to refashion the world in its own image following the collapse of the USSR, the world looked like its oyster. Pundits even talked of a new “unipolar movement”, perhaps another “American Century” lasting well into the 21st century. With the Taliban celebrating their victory in a world in which China now appears to be holding an enormous number of cards, such notions now look a fantasy from a by-gone age. Some of us warned back in the heady days of the 1990s that while we should be welcoming the end of the Cold War — democracy, after all, is a whole lot better than its various alternatives — the US itself might one day be missing its old inefficient adversary led by a group of cautious men more inclined to manage the international system than challenge it. As we gaze into a deeply uncertain future, it very much looks as if this one prediction some of us got right.

Michael E. Cox is a British academic and international relations scholar. He is currently Emeritus Professor of International Relations at the London School of Economics and Founder of LSE IDEAS.