Who Will Replace Boris Johnson?

A look at the most likely contenders. 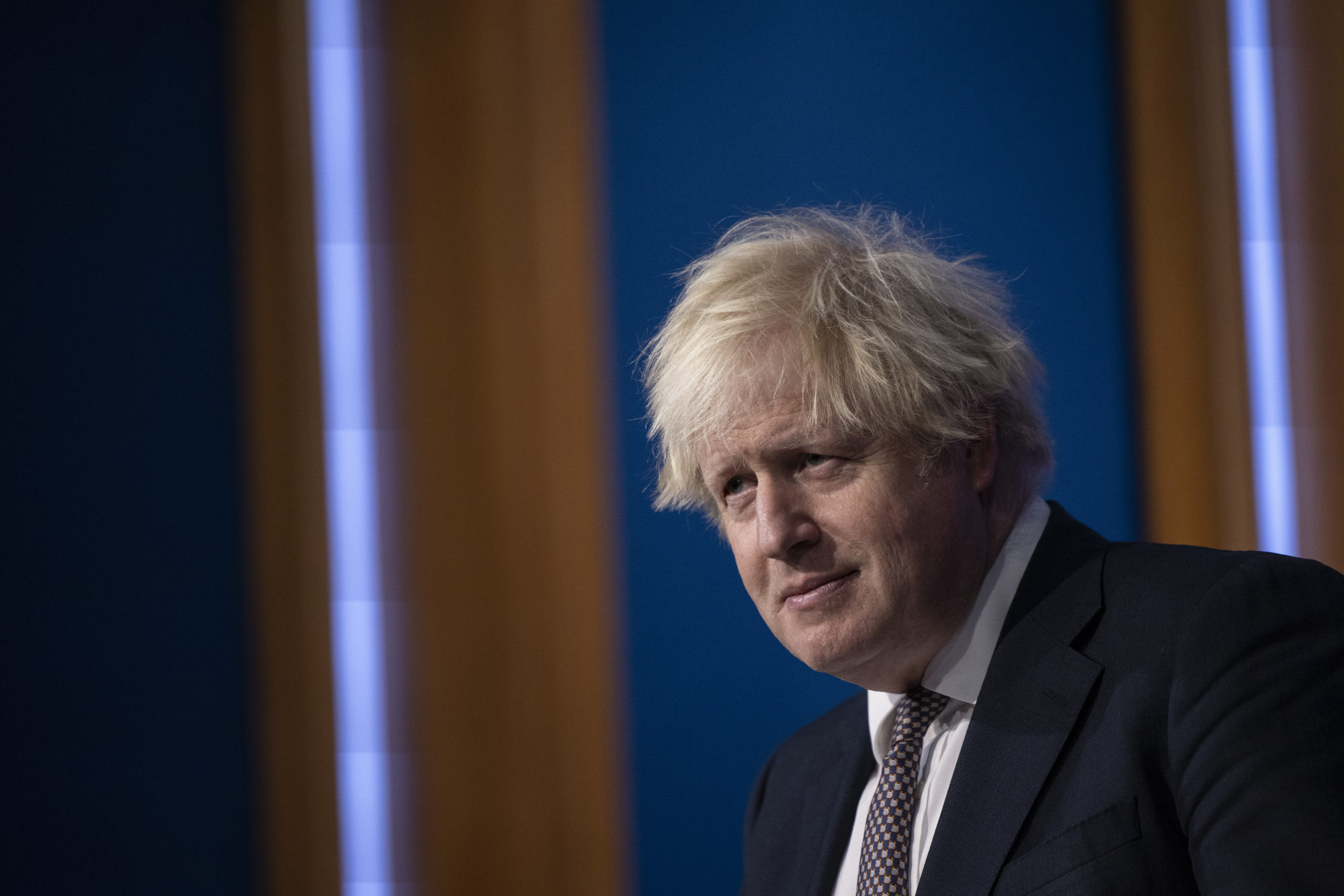 As the Conservative Party looks to a new successor to break from the Johnson years, Dominic Cummings is reportedly working out a strategy for how Rishi Sunak could best fight the next general election. Liz Truss, meanwhilst, is said to have invited people to 5 Hertford Street — a private members club – for meetings, and both Sunak and Truss are said to have lined up donors. Priti Patel has also considered running for prime minister and leader of the Conservative Party. But who exactly is likely to run for prime minister, and what are their backgrounds? 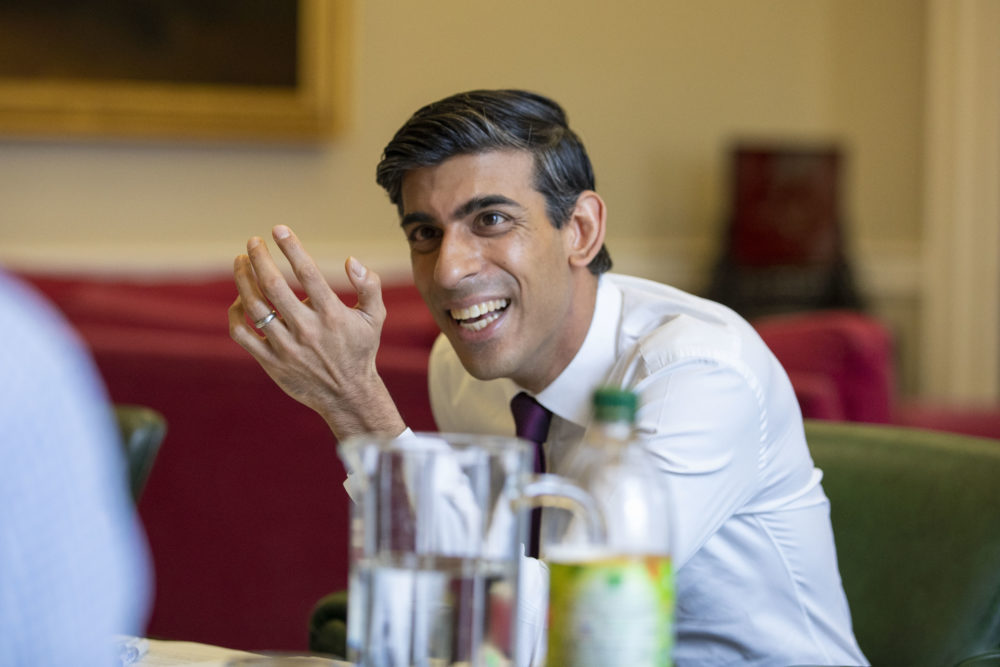 Background: Sunak was born to Hindu Punjabi parents, a doctor and a local pharmacist. According to the Tatler, Sunak waited tables at a curry house in Southampton during his summer holidays. Sunak later married Akshata Murthy in 2009, the daughter of Indian billionaire N.R. Narayana Murthy. Akshata Murthy is said to be richer than the Queen, with an estimated reported net worth of £350 million.

Education: Sunak attended Winchester College, a private school which currently charges fees of £43,335 per annum. Sunak later did a Master of Business Administration at Stanford University, where he met his wife.

Career: Sunak started his career as an investment banker at Goldman Sachs. He then worked at a hedge fund and Policy Exchange, the right-wing think tank set up by Conservative politicians Nick Boles, Francis Maude and Archie Norman. There, Sunak co-authored a book called a Portrait of Modern Britain, focusing on how the Conservative Party can win more ethnic minority votes. 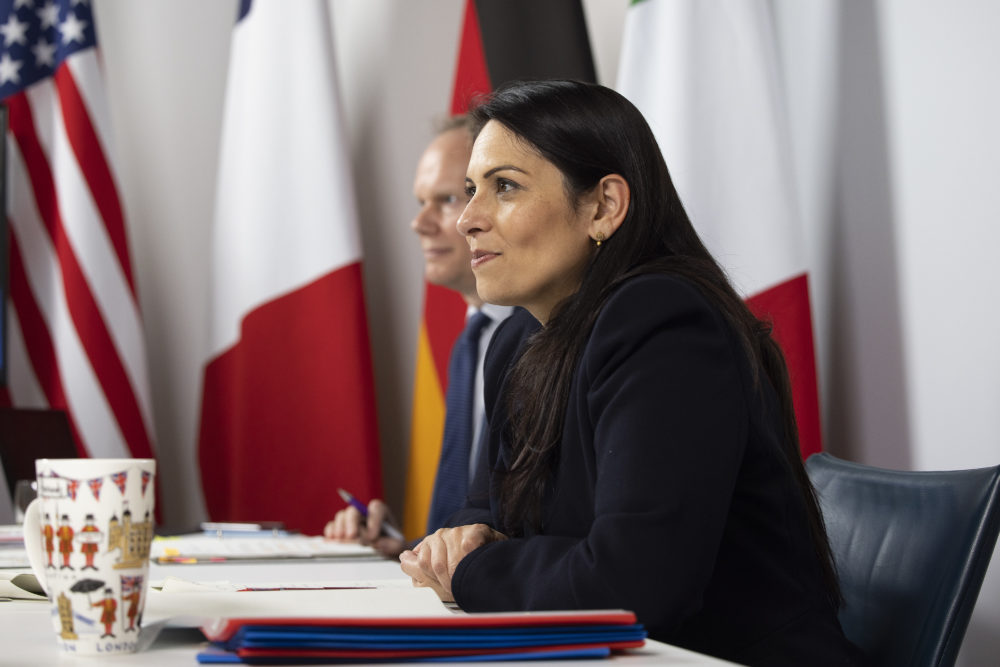 Background: Patel was born to Indian parents who emigrated to Britain from Uganda and who later settled in Hertfordshire. They ran a chain of newsagents and her father was a UKIP candidate for Hertfordshire in 2013. She is married to Alex Sawyer, reported to be a marketing consultant for NASDAQ.

Education: Patel studied at a comprehensive school and studied economics at Keele University. She later pursued postgraduate studies in British politics at the University of Essex.

Career: Patel had a short stint as an intern at the Conservative Campaign Headquarters, and then later worked as press office of the Referendum Party, a party dedicated to a referendum on Britain’s relationship with the European Union. Patel then worked at a PR consulting firm on behalf of a major tobacco firm and later entered the corporate relations sector. 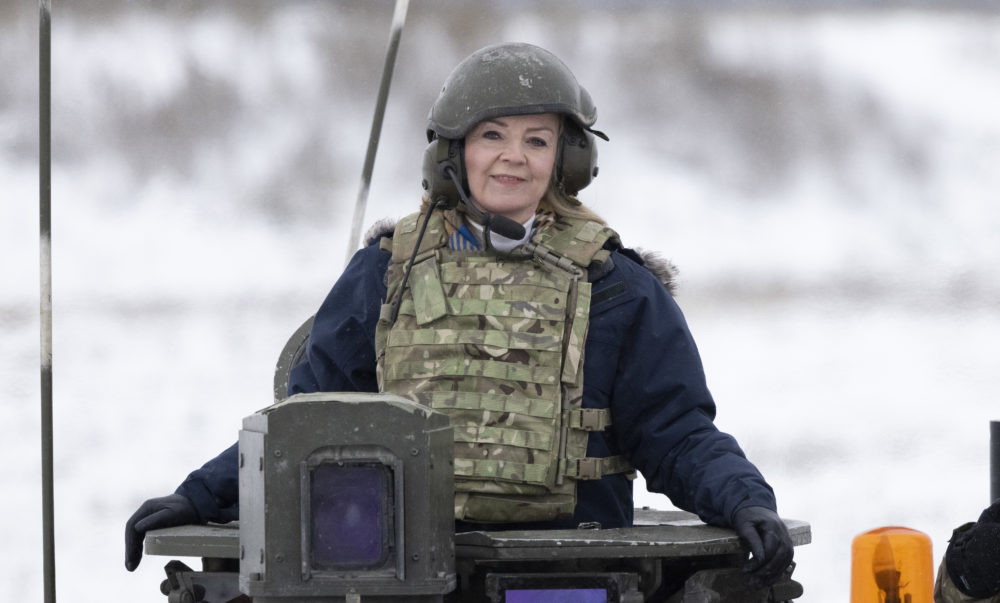 Background: Truss was born in Oxford to Labour supporting parents. Her father was a professor of maths at the University of Leeds, while her mother was a nurse.

Education: Truss attended a comprehensive school in Leeds, and later read PPE at Merton College, Oxford. During her time at university, she was a member of the Oxford University Liberal Democrats, but joined the Conservative Party in 1996.

Career: Before qualifying as a management accountant, Truss worked as a manager and director at Shell and Cable & Wireless, and later became a director of Reform, a public-policy think tank founded by Conservative MP Nick Herbert. 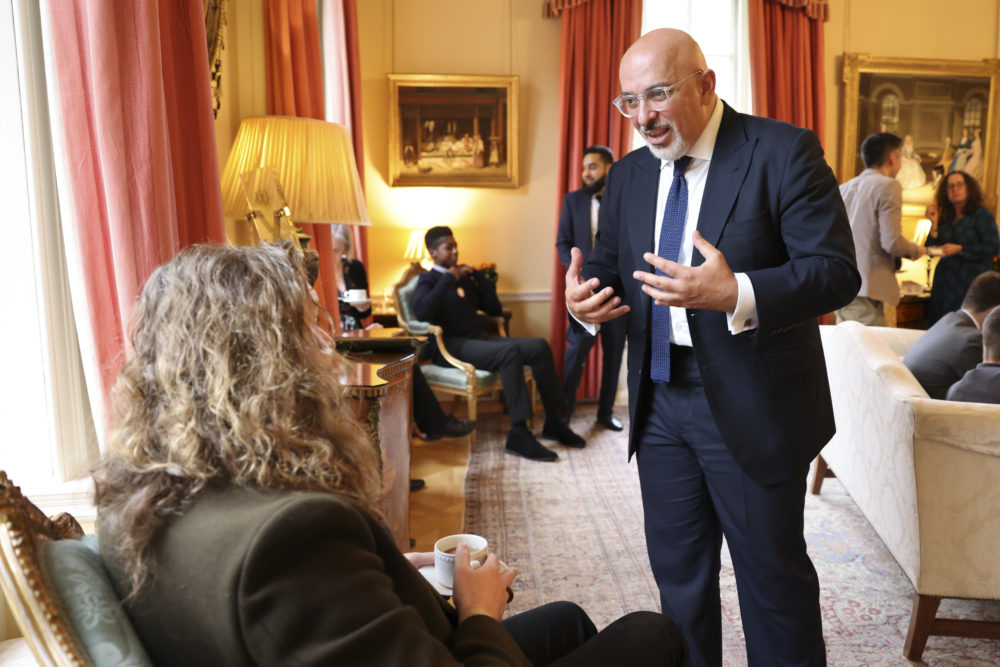 Background: Zahawi was born to Iraqi Kurdish parents, who fled to Britain in 1976 to escape Saddam Hussein’s rule.

Career: Following a role as a director in a clothing company, Zahawi co-founded the political polling company YouGov. Following the business’s success, Zahawi is said to be extremely wealthy, with a reported £100 million property empire. 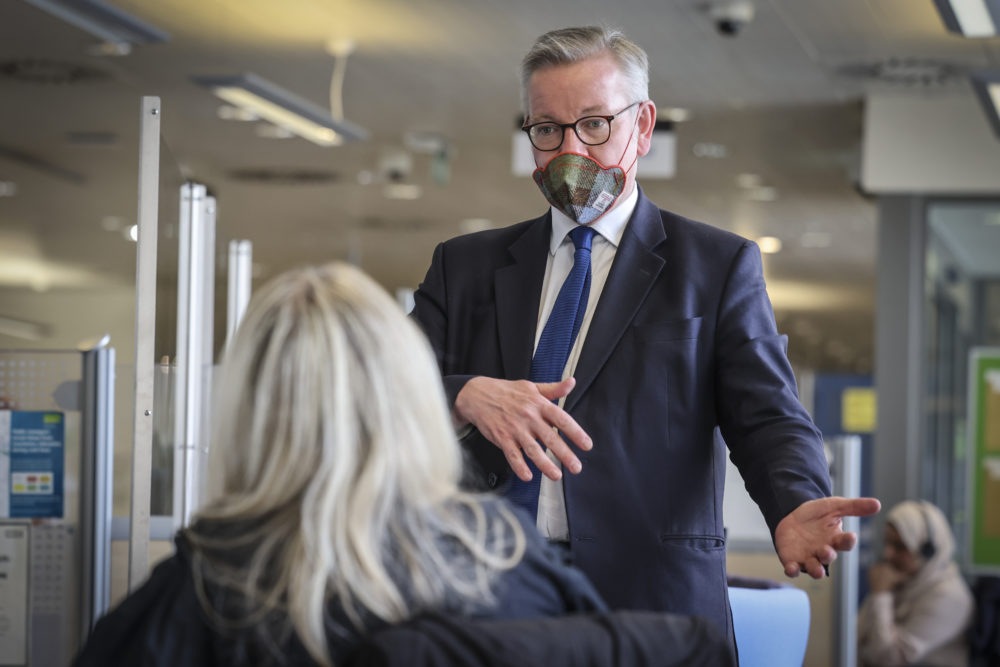 Background: Gove was born in Scotland, and later adopted by a Labour-supporting couple in Aberdeen. His father ran a fish processing business and his mother was a lab assistant at the University of Aberdeen.

Education: Gove studied at two state schools, before winning a place at Robert Gordon’s College, an independent school. Gove then studied English at Lady Margaret Hall, Oxford, where he met Boris Johnson and other contemporaries of the Conservative Party.

Career: Gove began his career as a journalist at The Daily Telegraph, and later moved to television. Throughout the 1990s, Gove continued his career in journalism, writing for various papers such as The Times, Prospect and The Spectator before entering politics. 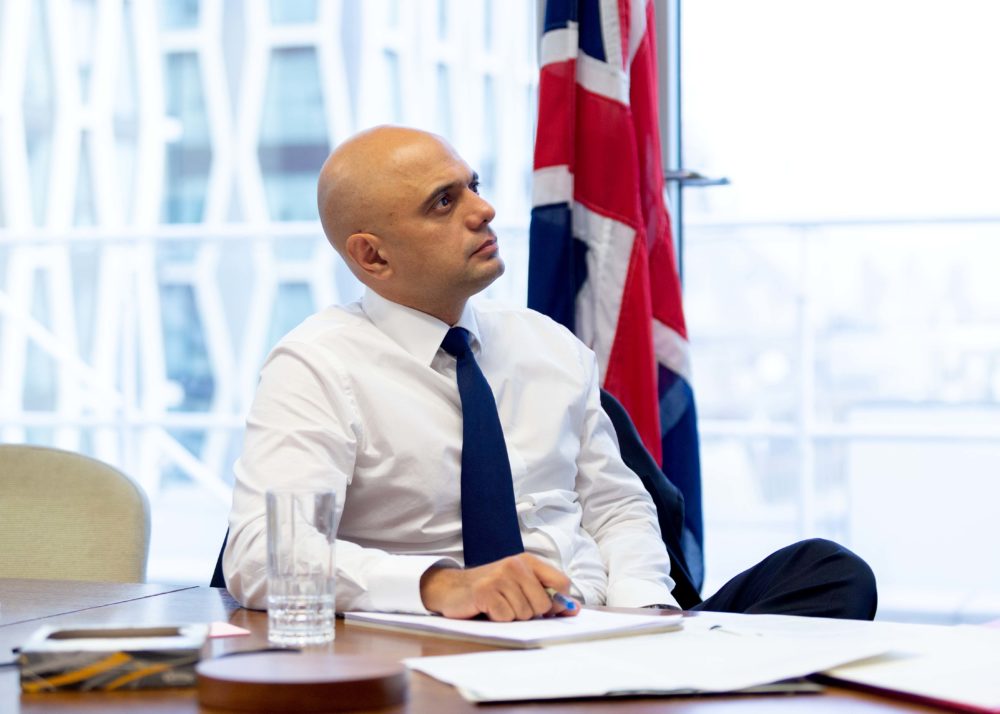 Background: Javid was born in Lancashire to Pakistani parents who migrated to Britain in the 1960s. Javid reportedly lived in a two-bedroom flat above a shop when his family later moved to Bristol. His father was a bus driver and the Javid reported that he faced racism on a regular basis throughout his childhood, especially during his education.

Education: Javid attended a comprehensive school in Bristol, and then studied Economics and Politics at the University of Exeter.

Career: Javid began his career in investment banking. He had an 18-year career in the City, where he became a board member of Deutsche Bank. It was reported that Javid earned approximately £3 million a year in 2009, before he left to pursue a career in politics.

Background: Raab was born in Buckinghamshire to an English mother and a Jewish father, who came to Britain from Czechoslovakia in 1938. His father died of cancer when he was aged twelve.

Career: Raab began his career as a trainee solicitor at Linklaters, a global law firm before leaving to join the Foreign Office. He then worked as Chief of Staff to David Davis, then Shadow Home Secretary as well as Dominic Grieve, then Shadow secretary of State for Justice.