Russia’s economy will struggle to pay the price of invading Ukraine. 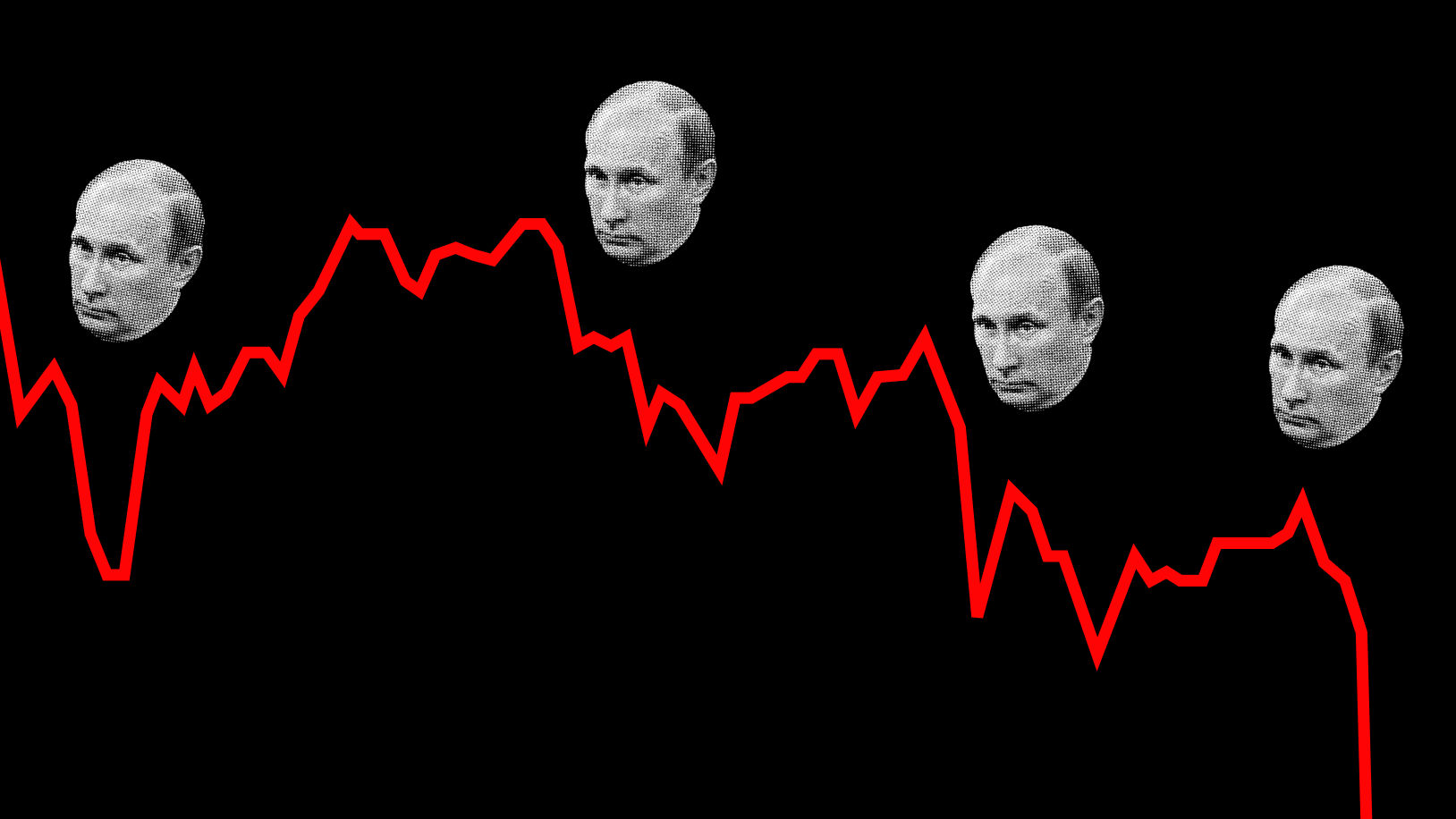 The invasion of Ukraine has placed Russia on the verge of bankruptcy. Interest rates have doubled, the stock market has closed, and the rouble has fallen to its lowest level ever.

The military costs of war have been exacerbated by an unprecedented level of international sanctions, sustained by a large coalition of countries. Russian citizens, now unable to spend at IKEA, McDonald’s or Starbucks, are not allowed to convert any of the money they do have into foreign currency.

Generous estimates suggest the Russian economy could shrink by 7% next year, instead of the 2% growth that was forecast before the invasion. Others say the drop could be as much as 15%.

Such a fall would be bigger than the 1998 crash of the Russian stock markets – a major shock to an economy which has hardly seen any growth in the last decade, and failed to diversify away from exporting oil and gas. Meanwhile the European Union is planning to drastically decrease its energy dependency on Russia, while the the US and the UK have begun to phase out their own, more limited, imports.

Long-term perspectives are dire. If sanctions are maintained, Russia will be cut off from its main trading partners apart from China and Belarus. Rating agencies now predict Russia will soon be unable to pay back its creditors, again with colossal long-term impacts on the economy. Its reputation as a disreputable borrower will make it hard to attract foreign investments without massive guarantees, potentially making it entirely dependent on China.

The economic scenario actually looks even worse if Putin reaches a point where he claims victory in Ukraine. Occupying the country and installing a puppet government would surely involve taking responsibility for rebuilding destroyed infrastructure. And with Ukrainian citizens increasingly pro-European, maintaining peace in such a hostile environment would force Putin to divert a huge amount of resources from the Russian budget.

To get a sense of what that would involve, we can look at what has happened before. After two wars and the destruction of Grozny, Chechnya, in 1999–2000, Russia spends as much as US$3.8 billion (£2.9 billion) a year sustaining its regime in the country. Any decrease in monetary transfers would put Russia at risk of further insurgency, and Crimea costs Russia a comparable amount.

Ukraine’s population of around 40 million is around 40 times larger than Chechnya’s and 20 times that of the Crimean peninsula. The second largest country in Europe by area (after Russia), it will be a very expensive place in which to sustain an occupation.

Today, although Russian losses are a military secret, Ukrainian estimates put the material cost to Putin from the destruction of tanks, planes and weapons at around US$5 billion for just the first two days of the war.

But it’s not just military hardware that costs money. It may sound strange, distasteful even, but governments and economists do place a monetary value on every human life. It is calculations such as these that decide which drugs or medical treatments the NHS provides on its limited budget.

So far in Ukraine, there are estimates that as many as 12,000 Russian soldiers have been killed. In comparison, around 15,000 soldiers died during the Soviet invasion of Afghanistan, 8,000 during the first Chechen war, and a slightly larger (but uncertain number) during the second one.

A rough estimate based on life expectancy and GDP per capita suggests that a death toll of 10,000 Russian soldiers would correspond to a cost of more than US$4 billion. To this, one would need to add the huge mental health toll on their families, and on all the soldiers who took part in an active war.

These costs though are irrelevant in the immediate term to the budget of the government. So too is the paltry compensation announced by Putin to the families of dead soldiers, which will be paid in local currency, meaning its actual value may soon be close to zero. Most material and human losses can effectively be listed under the description of “existing assets”, and the cost of replacing them will only be borne in the future.

In the coming days and weeks, whether the cost of war is too high for Putin will depend on two elements. Can the Russian military and defence industry survive without technological imports such as electronics and industrial robots from the West?

And will the impact of sanctions and casualties be sufficient to shift public opinion in a way that threatens the Kremlin? The rest of the very bleak economic warning clouds gathering over Russia will only matter to a leader who cares about the long-term impact of the war on his fellow citizens.

Renaud Foucart is a Senior Lecturer in Economics at Lancaster University.