How Our Meritocracy Turned Tyrannical

The age of merit fuelled a populist revolt. 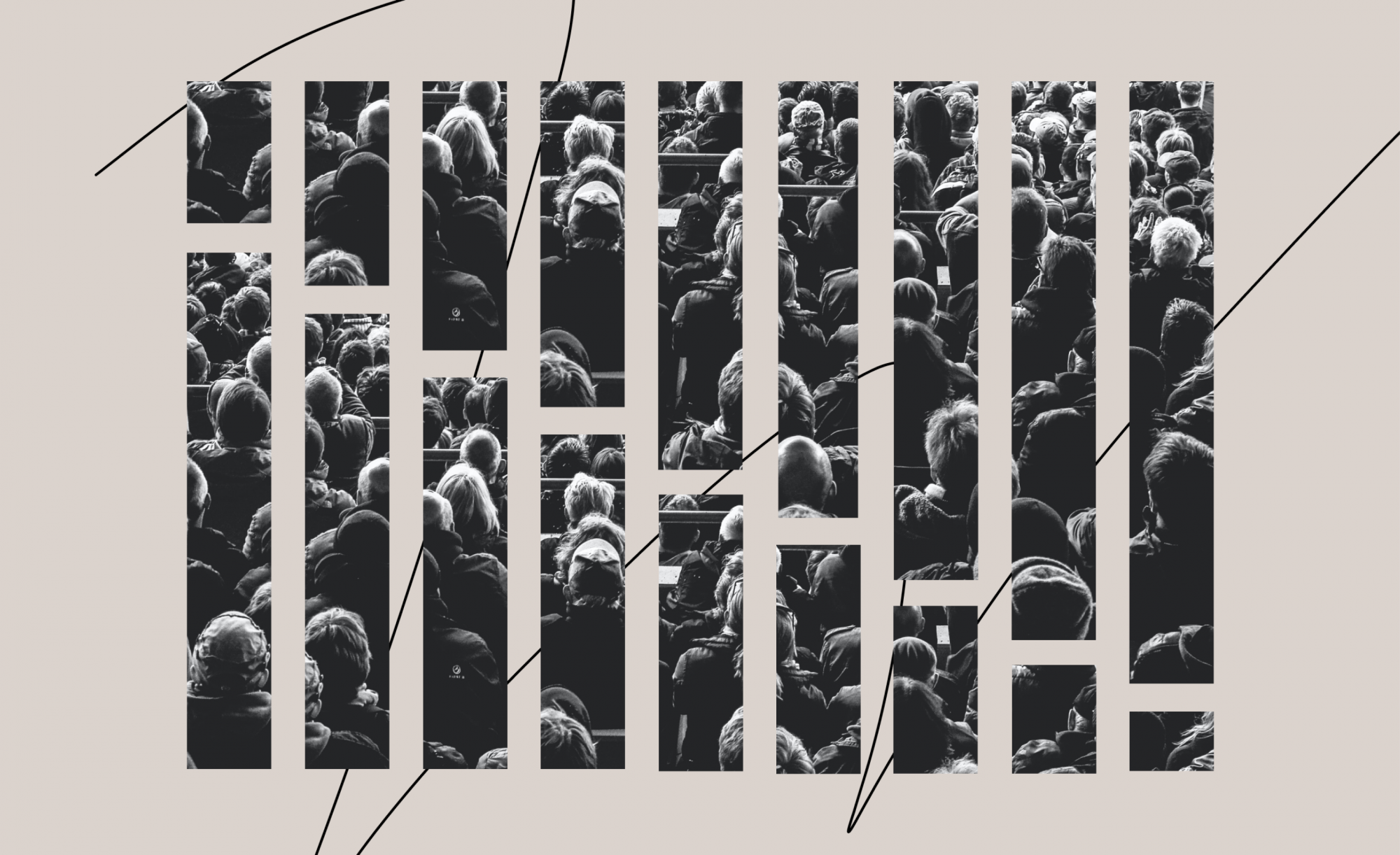 We are told we are not “victims of circumstance, but masters of our fate”. Those who achieve success have made it on their own. This age old mantra of the American Dream is deeply embedded into the consciousness of Americans and non-Americans alike — a testament to the global cultural grip of meritocracy. It has inspired, elevated and defined nations — until now. In search for his answers to the 2016 election and Brexit referendum result, Michael Sandel hits hard with his illuminating look at the deeper cause of populism: the losers of meritocracy. In particular, the victims of the politics of humiliation, the forgotten and demeaned, and those stripped of their agency are finally seen in A Tyranny of Merit: What’s Become of the Common Good?

Refreshingly, Sandel tears apart the two-dimensional debate on globalisation. For him, the backlash against globalisation was less about losing out on capital or cultural flows as it was about social-esteem flows. Rather than income or wealth, loss of dignity from the disillusionment of meritocracy fuelled the populist uprising against establishment elites such as the U.S. Democratic Party and the UK Conservative Party. And most surprisingly of all, Sandel argues the protest was justified.

Aided by his eloquent writing style and command of language, Sandel builds the foundations of his case by charting the origins of meritocracy. In many ways, he argues, the meritocratic notion had strong parallels with Providence. For instance, the book of Job illustrates the how people associated sin with suffering, and virtue with God’s grace. Despite God’s rejection of this view, the Calvinist Protestant work ethic furthered this fusion of religion and meritocracy. Working hard with minimal consumption yielded the accumulation of wealth that in turn fuelled capitalism — and salvation. Rather than waiting for God’s grace, self-help and a strong worth ethic were routes to earn it. Even now, imparting a Divine sanction and reward system on ordinary life continues to apply across religious psyches. Free market economics followed a similar trajectory: the reforms of Deng Xiaoping, Margaret Thatcher and Ronald Reagan championed faith in the markets and individualism. Far from remaining a Republican ideal, Bill Clinton and Barack Obama invoked meritocratic rhetoric more than twice as often as Reagan had, and Hillary Clinton stood on a platform that was no different. Unsurprisingly, Tony Blair chimed to the same tune, “New Labour is committed to meritocracy.” And yet, for the religious and secular both, no one realised the brewing, boiling toxic hubris.

Sandel’s main contention is this: our unfettered claim to our own success has been at the expense of our common good. He develops this in two ways. First, our success flows from having talents or developing skills that our market society happens to reward above others. The amount of revenue generated by a hedge fund manager over a primary school teacher signals only consumers’ propensity to spend — not personal virtue or intelligence or intellect. By contrast, satisfying consumer demand is not valuable per se; its value depends on the “moral status of the ends it serves.” Second, if we accept that the successful are self-made and are, overwhelmingly, the product of their own efforts; then the reverse must also hold true: those that have lost out are solely responsible for their own fate. One cannot believe the first without logically accepting the second. Following this sequitur, what incentive is left to help — and more importantly, respect — others who are predominantly to blame for their circumstances?

Propped up by the belief that education is a prerequisite to dignified work — and thereby a dignified life — our desperation to be “self-made” has left us prejudiced and credential-obsessed. Co-opted by globalised governments, the institutional and political weaponisation of college credentials and higher education decrees turned tyrannical. Although no less biased than less-educated folk, the “elite” were imparted a type of moral superiority above their targets of prejudice — the uneducated. Rather than distinguishing between merit and value, credentialism in a market society corroded our ability to respect — and engage — with those of lesser qualifications. For instance, the readers of A Tyranny of Merit are likely complicit. Derogatory talk of “redneck Trump supporters” or “trailer trash Capitol rioters” are paradigmatic of this hubris and conceit that Sandel argues has been corrosive to a common good. The irony of this coming from a highly-qualified professor of philosophy from the most “elite” educational establishment does not fall on deaf ears to readers — it serves to add force to his argument. Rather than working to reduce inequality or change the system, the meritocratic promise only delivered greater and fairer mobility. In Sandel’s words, “it accepted that the rungs on the income ladder were growing farther apart and offered simply to help people compete fairly to clamber up the rungs.”

In one sense, as the world population grew so did the myriad of complex problems that required high quality governance. Credentialism could be considered a sort of filtering mechanism to fix over-supply with limited demand of jobs. But the key issue is it didn’t just demean those without higher education — incidentally the majorities of the U.S. and the U.K — it disempowered them. Meritocracy seeped into the highest echelons of governance, and credentials became a technocratic conceit. Sandel notes that despite the most successful post-war British governments being the least credentialed, civic virtue and practical wisdom were largely tossed aside in place of standardised testing. This created roadblocks for the less-educated to ever access those positions of power. Simultaneously, “parties that once represented workers – such as the British Labour Party and the U.S. Democratic Party — increasingly represented meritocratic elites.” In the UK, the use of the loaded term “metropolitan elite” has increasingly been thrown around in the last four years than noted before.

And yet the pressure meritocracy has placed on education only exacerbated a broken, corrupt education system designed to be the sorting machine for society. The U.S. college admissions scandal captures what Sandel spends pages trying to prove: while those from lower and middle class families vie in the arms race to gain admission; the wealthy will always have the “side door” (let alone the “back door”). In the UK, the Eton-Oxbridge gateway continues to hold a tight grip over Cabinet: over two-thirds of Boris Johnson’s cabinet went to an independent school and 45% graduated from either Oxford or Cambridge. The resultant cocktail of resentment and disillusionment brews into populism. Sandel quips a truth applicable to British society as much as American — “American higher education is like an elevator in a building that most people enter on the top floor” — and exit in a position that was always at arm’s length.

Where Sandel succeeds most is his discussion of Success Ethics. In his element, the Harvard professor of philosophy delves into Rawlsian and Aristotelian principles of distributive justice to question whether, and if, we can truly claim our success. Why are the benefits that derive from naturally endowed talents any more deserved than those derived from naturally born social class or caste? In other words, on what basis are those successful in a meritocracy (a natural aristocracy) more self-righteous than those successful in an (artificial) aristocracy? Much like the postcode and birth lotteries at work in an aristocracy, the arbitrary distribution of talent or favourable personality traits are equally morally problematic. I would argue there is a minor difference: mobility in a meritocracy is more fluid than in an aristocracy. Levels on each income and status rung can be lost and gained more than in their aristocratic counterparts, through effort or poor decisions. Whereas marriage is perhaps the only route to social mobility in an aristocracy, success in a meritocracy is (marginally) more morally justified.

As he nears the end of the book, Sandel shifts gears from diagnosing meritocratic hubris to prescribing its antidote. Understanding all that has corrupted our meritocracy is only valuable if we know how to undo our errors. Not only does he make the sophisticated secular case for better individual morality — such as increased humility and treating others and their views with dignity despite our own successes — he argues to reconfigure our views on the welfare state and consumption. Labelling this as the “civic conception of the common good”, Sandel promotes viewing others as producers of goods and services that fulfil fellow citizens rather than consumers. This means the true value of our contribution is not dictated by market wages but the “moral and civic importance of the ends our efforts serve” — a value judgment ultimately beyond the competence of labour markets. He also proposes a radical reform to the Ivy league admissions process: selecting the entering class by lottery. After eliminating those who do not meet the academic and extra-curricular criteria, i.e. the “threshold qualification”, the remaining positions should be chosen by pure lottery, since they are all more or less as good as each other.

For Sandel, merit ultimately serves its purpose as a threshold qualification — not an ideal to be maximised.