To many Americans, the founding of the United States is premised on freedom. A recollection of history shows otherwise. 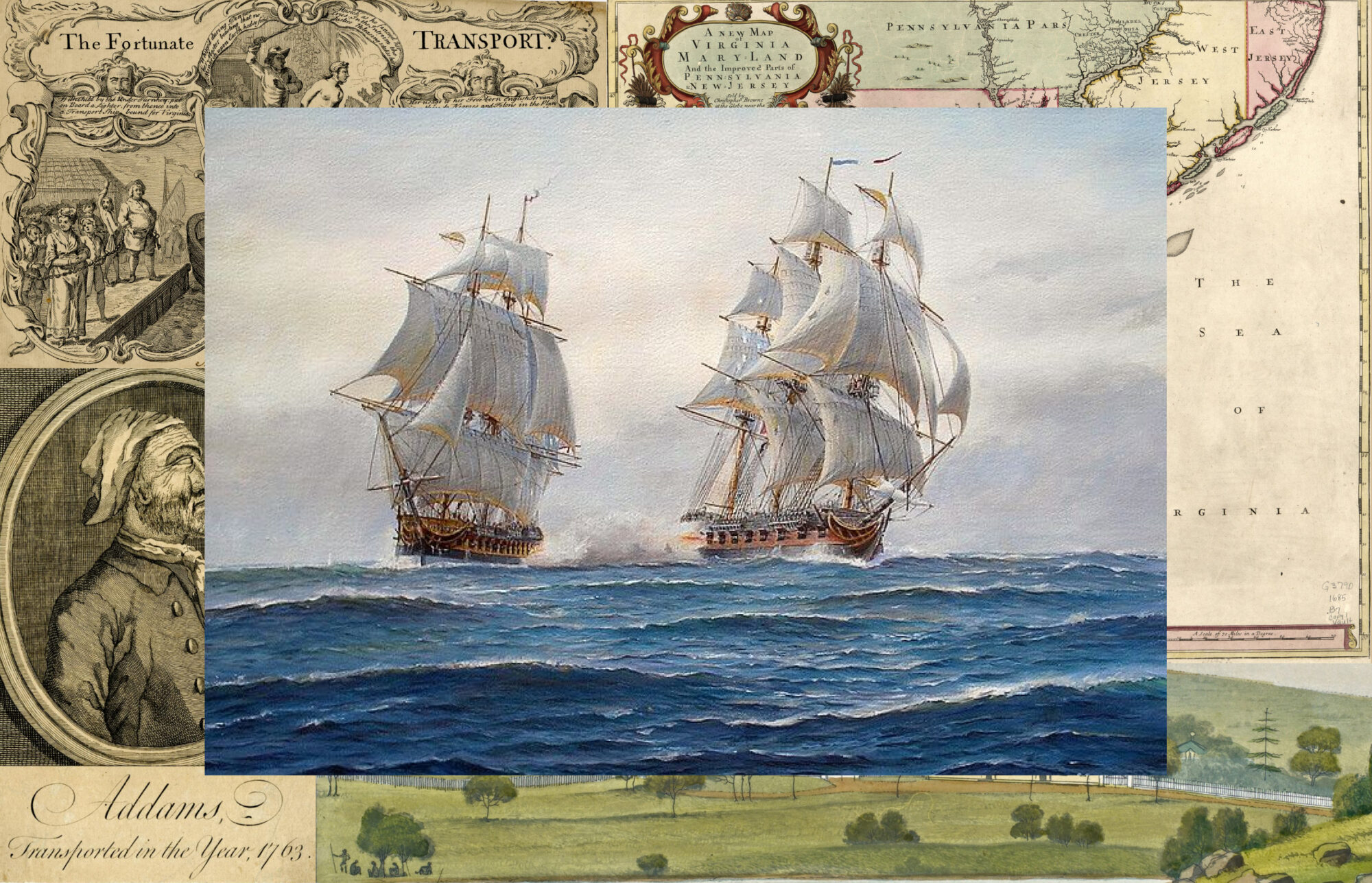 On December 15, 1722, twenty-seven year-old Samuel Cole entered the Crown Tavern on King Street in London. At one point, Cole spotted some hats hanging on the rails of the staircase, grabbed two of them, and ran out the door. The tavern owner, William Fisher, saw what happened and followed Cole. When he finally caught up, Fisher found one hat hidden under Cole’s coat and the other on the ground, in an apparent attempt to get rid of the evidence.

Fisher testified against Cole at his trial on January 16, 1723, where each hat was valued at four shillings. Cole denied the facts of the case, but the jury found him guilty nonetheless. For his impulsive act, Cole was sentenced to be transported to the American colonies and banned from returning to England for seven years.

After his trial, Cole was transferred to the Jonathan, a former slave ship owned by Jonathan Forward, a tobacco and slave merchant who five years earlier had secured an exclusive contract with the government to transport convicts to America. Cole spent most of the voyage across the Atlantic below deck in cramped quarters, without fresh air, and chained to five other felons. At least two of his convict shipmates died during the long voyage.

Few Americans today know that the British sent thousands of convicts like Samuel Cole to colonial America. Instead, Americans are much more likely to associate convict transportation with Australia. Such an association may be reasonable given Britain’s role in establishing that continent as a major British colony, with over one hundred and sixty thousand convicts transported to Australia between 1788 and 1868. But point out to Americans that over fifty thousand British convicts were sent across the Atlantic to the American colonies — most before James Cook ever set foot on Australia and claimed it for the British empire — and they will quickly mine their American history education and exclaim, “Oh, right. England sent its convicts to Georgia!”

But they would be mistaken. Not only was Georgia first established as a destination for debtors (not convicts), the social experiment quickly ended after failing miserably. Most convicts transported to America were instead sent to Maryland and Virginia.  To this day, Americans still fail to associate their own land as a destination for Britain’s transported convicts.

Samuel Cole did not have a prior record, so why did he receive such a harsh sentencing for stealing two hats? England’s criminal justice system in the early eighteenth century was based on a two strikes policy. If a criminal was caught committing a petty offence for the first time, they were branded on the thumb and let go. But if they were caught committing a second offence, they faced an automatic death sentence. Such a system had evolved from medieval times, but amid unprecedented growth in both population and crime rates, judges either had to let petty offenders go or sentence them to death, and neither punishment seemed to fit the petty crimes that were commonly being committed, especially in cities.

In 1718, Parliament devised a solution to this problem, based on the indentured servant trade. Under the Transportation Act, offenders could be sentenced to transportation for seven or fourteen years — depending on the severity of the crime — and be put to work in the American colonies rather than face death. The government paid convict merchants five pounds per head to ship England’s unwanted convicts overseas, and the convict merchants could then sell the convicts’ labour and pocket the profits. For the government, convicts received a chance to become productive members of society, provided much needed labour in the colonies, and once they left British shores, ceased to be of concern — unless the convict returned early.

Not only was the punishment effective in emptying British prisons, but it was cheap. Unlike later convict transportation to Australia, the British government did not have to subsidise a voyage half-way around the world and spend money setting up and administering a penal colony. Instead, after a small outlay of money at the beginning, all other expenses were covered by convict merchants and plantation owners in America.

At some point after landing in Annapolis, Maryland in 1724, the Jonathan caught fire and sank. Authorities suspected the convicts.

Convict transportation to America was not a direct cause of the American Revolution, but it did factor into the colonies’ list of grievances against Great Britain. The sentiment behind Samuel Johnson’s famous quip that American colonists “are a race of convicts, and ought to be thankful for any thing we allow them short of hanging,” was not lost on Americans. Benjamin Franklin frequently inveighed against the practice of convict transportation. He satirically proposed sending rattlesnakes to England as just compensation for Britain sending its convicts to America, and he complained in a British newspaper that “the Villains you transport and sell to us must be ruled with a Rod of Iron…We look upon it as an unexampled Barbarity in your Government to empty your Gaols into our Settlements; and we resent it as the highest of Insults.”

But the fact is that plantation owners relied on convict servants. When Cole arrived in Maryland after his gruelling voyage across the Atlantic, he was auctioned off to a fellow British citizen, most likely a plantation owner who now owned him and his labour for seven years, and would put him to work in a tobacco field. Purchasing a convicted felon involved risk, but if the convict provided decent work and did not cause trouble, the purchase was indeed a bargain for plantation owners. Male convicts generally sold for ten to fourteen pounds, while females went for less. Indentured servants could be purchased for around the same price, but their contracts, on average, lasted only four years as opposed to seven. The purchase of an enslaved African, on the other hand, was a major investment: they generally costed thirty to thirty-five pounds and could reach as high as fifty. Large plantation owners could handle such costs, but lesser planters often relied on convicts. 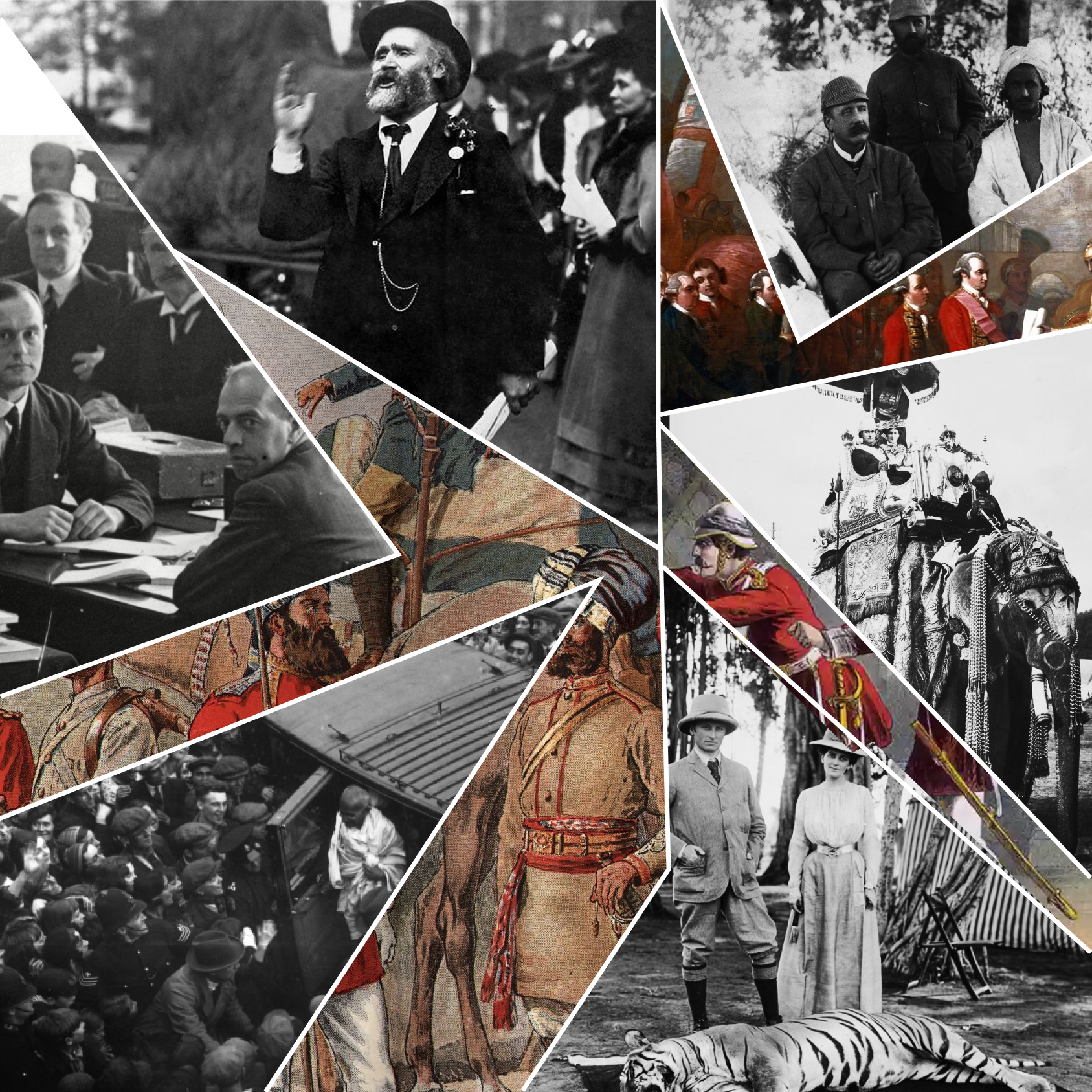 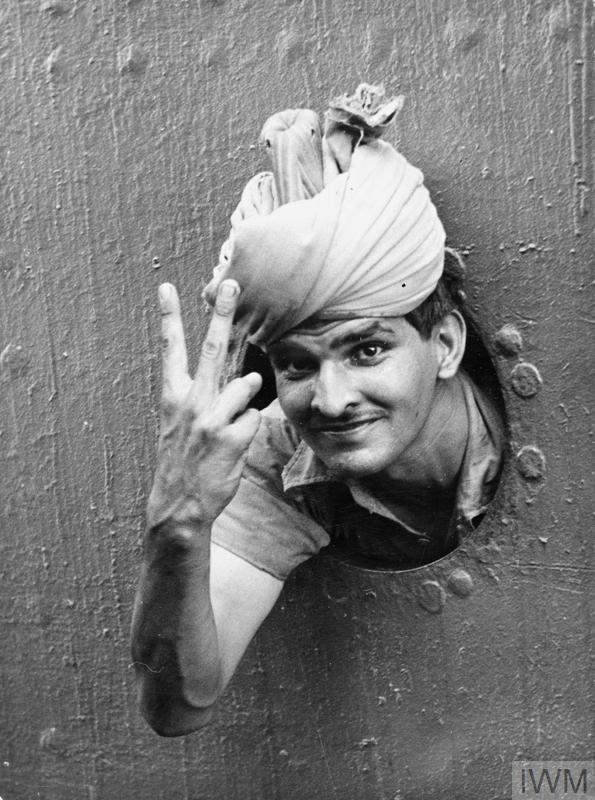 In Focus: The Indian Soldiers of World War II
by Zeyd Anwar

We do not know what happened to Cole after he served out his term, nor much about what happened to other convicts who were transported to America between 1718-1775. Most convicts were illiterate and left few records, and they were no doubt eager to move on and leave their criminal pasts behind them. Few convicts had the money to return to their homeland, and by the time they arrived in America, land in Maryland and Virginia was already prohibitively expensive for a former convict with little to no means. With few options, most convicts likely continued working for their owners under a new agreement or moved to cheaper parts of the country, such as the Carolinas or west to the backcountry.

The reasons why Americans are ignorant about convict transportation to America are various, but a couple stand out. One is denial, which began with Thomas Jefferson, who in 1786 claimed that the number of convicts sent to America was no more than two thousand, well below the fifty-five thousand five hundred mark that is now commonly accepted after historians in the latter half of the 20th century began to study convict transportation in earnest. Convict pasts make people uncomfortable, including Jefferson, who, as a Virginian, must have known that he grossly underestimated the figure he cited.

But the primary reason is that convict transportation does not easily fit into the national narrative of America. Americans like to think of the early days of their country as a land of opportunity, one where individuals seeking freedom came to realise their dreams. Yet between 1718 and 1775, one out of every four British immigrants who landed in America was a convict, and together they constituted one of the largest groups who were forced to immigrate to America, second only to enslaved Africans. Even more, leading up to the American Revolution, almost three-quarters of all immigrants who arrived in the thirteen colonies did so without their freedom, with slaves making up by far the largest group, followed by indentured servants and convicts.

With most people arriving in America in its early years either as a slave or a bound servant, the American colonies look less like a land of opportunity for immigrants than a land of subjugation. We do not know much about the life of Cole beyond a few entries in historical ledgers, but the bits we are able to piece together about Cole’s life complicate the romantic perceptions about the founding of America.

Anthony Vaver is the author of Bound with an Iron Chain: The Untold Story of How the British Transported 50,000 Convicts to Colonial America and Early American Criminals. He lives in Westborough, Massachusetts, where he is the Local History Librarian at the Westborough Public Library.