The Internet Dictionary: What Does WYF Mean?

WYF means "where you from" — and it's a phrase used by people to find out your origin. 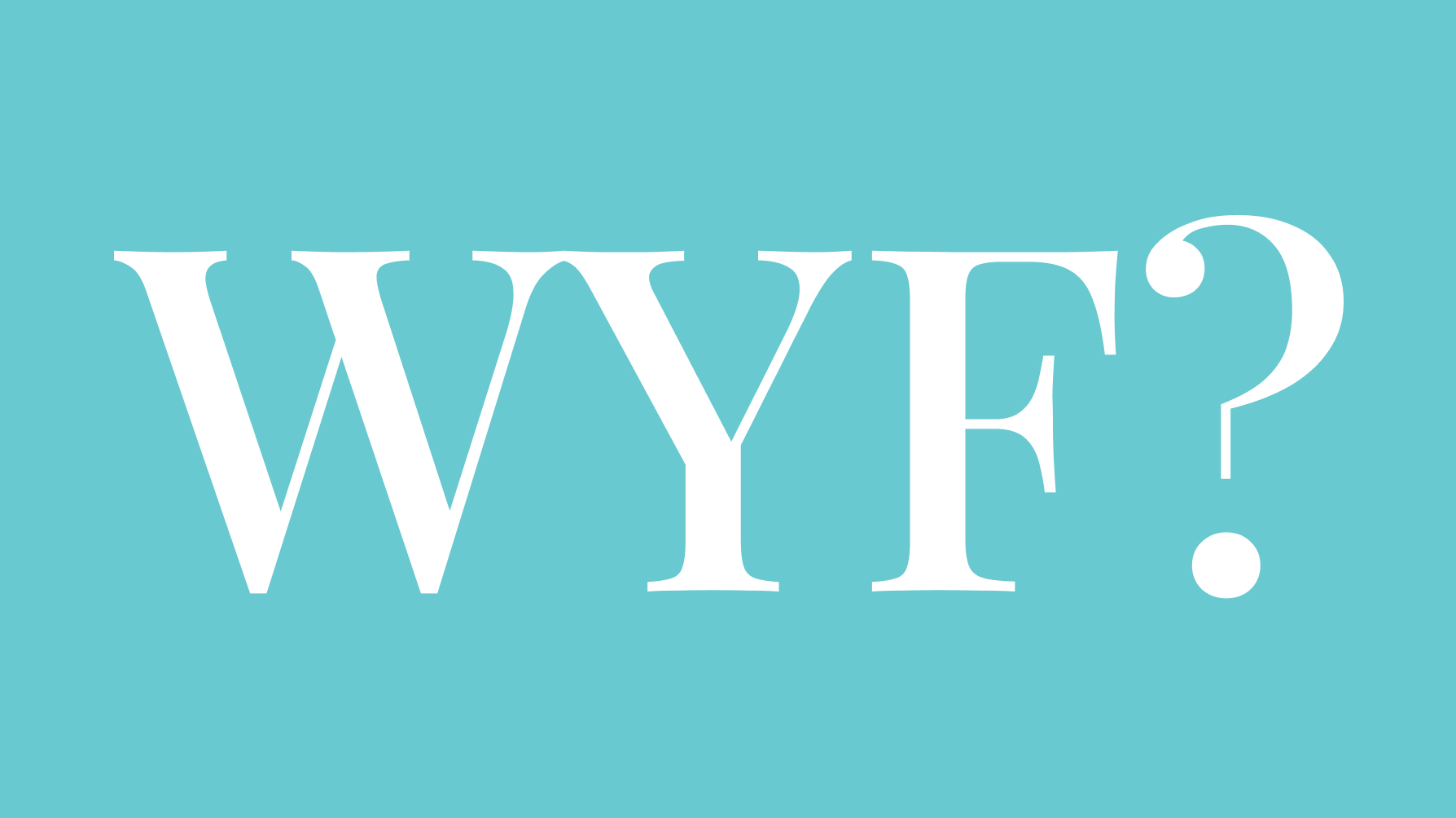 What does WYF mean?

WYF is an acronym — or letter homophone — which stands for “where you from?” It is a phrase used to ask people where they originate from, or what town or city they live in. WYF is commonly used on texting or online as internet slang, especially with Gen Zs and millennials.

Like many other phrases, such as SMD and WYS, internet acronyms are often used as they offer a shorthand for communication that is meant to be instant. Indeed, the internet itself is ideal for new slang like WYF to emerge because the internet is so rich with information. This necessitates different forms of communication.

[Read: What does WYS mean?]

What else does WYF mean?

WYF doesn’t only stand for “where you from”. Since internet slang is constantly evolving, it is difficult to provide a standardised definition that applies across all circumstances. For example, WYF can also stand for:

Interestingly, WYF (although uncapitalised) was the Old English word for a female person, whether married or unmarried. However, WYF is also the name of a song by an artist called Keyzz2x, released in 2019.

[Read: What does SMD Mean in Text?]

Is WYF casual or formal?

WYF is extremely casual, like most other similar acronyms. It should not be used in a professional context, especially work. It should be used with family or friends, or generally people you are familiar with.

It should also not be used on email. Instead, WYF should be confined to applications and sites like Snapchat, Facebook, Twitter and text, as well as other forums and chatrooms.

No, WYF is not offensive. It’s informal internet slang — which means it’s often adopted by users of internet technology. Like most other acronyms, the most common users of WYF are young adults and teenagers.

What is the etymology of the acronym WYF?

The word “where” is said to come from the Old English word hwar, meaning “at what place” from the Proto-Germanic adverb hwar.

The word “you” originates from the Old English word eow, from the Proto-Germanic word juz. The word’s pronunciation emerged in the 14th century.

The word “from” also originates from the Old English word fram, denoting a departure or movement away in time or space. It is related to the Proto-Germanic word fra, which means “away from.”

How can WYF be used in a sentence?

Here’s an example of how WYF can be used:

Timothy: My name is Timothy. I’m from London. WYF?

John: You look like you don’t belong here. WYF?

Samuel: You don’t need to know where I’m from.

Frequency, usage and trends of WYF

According to Google Trends, the interest of the phrase WYF has slowly grown over time, hitting its peak between 26 December 2021 and 1 January 2022.