The Internet Dictionary: What Does TYSM Mean?

TYSM means “thank you so much”, and it’s often used on the internet, social media and texting. 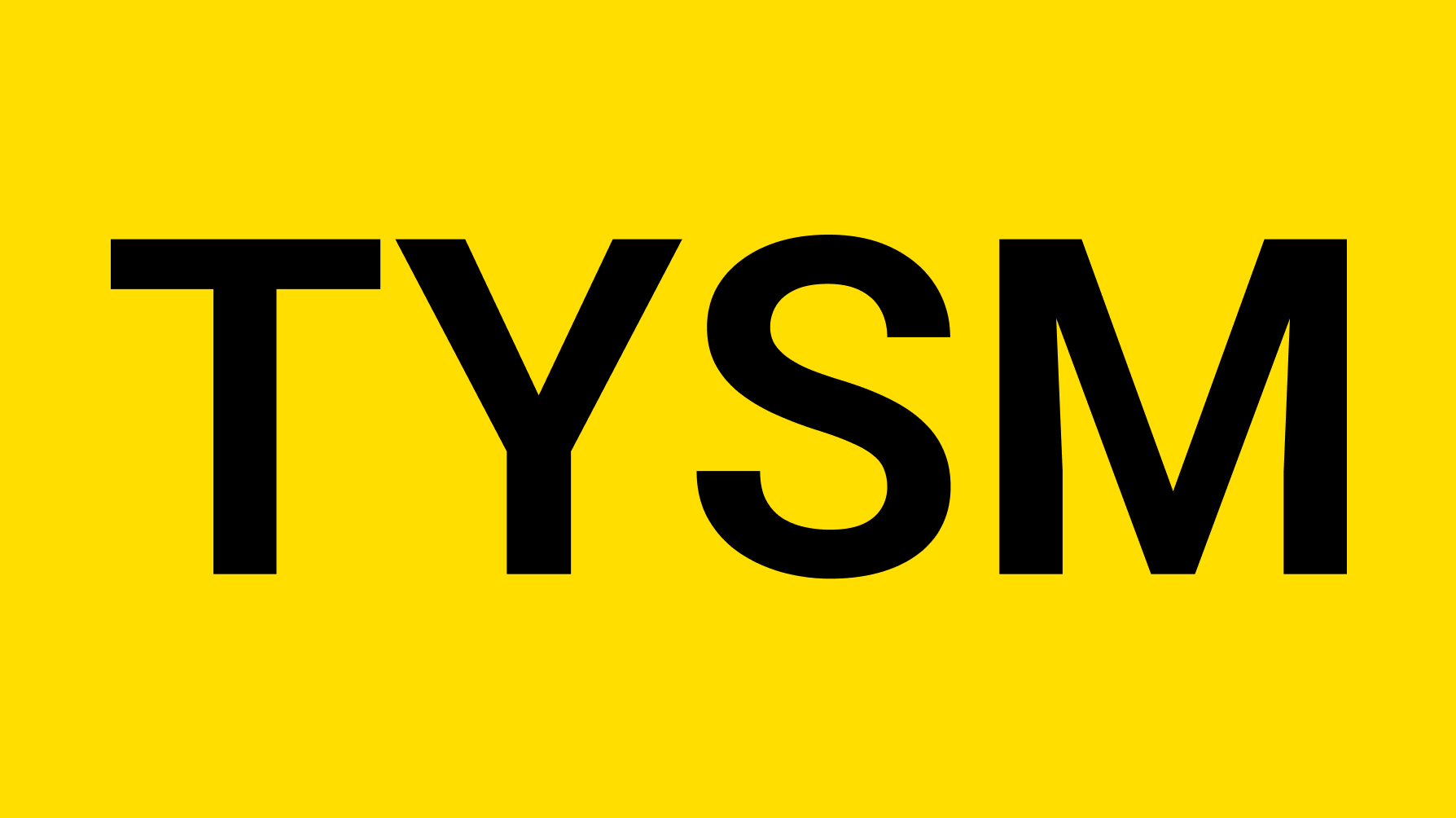 What is the meaning of TYSM?

TYSM is an acronym which stands for “thank you so much”, a common expression of gratitude. However, it’s not always a sincere expression — it can also be used sarcastically. It’s most commonly used on the internet or over text as slang, and a shorthand, quicker way of saying “thank you so much.”

The phrase “thank you so much” itself originated as a shorthand version of “I thank you” and is an indication of politeness.

Is TYSM casual or formal?

TYSM is, like other abbreviations, casual. It’s often used on SMS, WhatsApp or Instagram, Snapchat and other social media sites. It shouldn’t be used in a professional work setting — for example, over email, or with colleagues — and it should only be used with family, friends or individuals you’re close to and know well.

It’s often adopted by young adults and teenagers as a form of text speech and slang.

No, TYSM is a form of gratitude.

How can TYSM be used in a sentence?

Here is an example of how TYSM can be used in a sentence:

Bradley: I delivered some flowers to you today. Did you receive them?

Mohammed: Don’t worry, I’ll pick up your delivery today if you’re not in.

[Read: The Internet Dictionary: What Does SMD Mean in Text?]

Frequency, usage and trends of TYSM

According to Google Trends, interest in the acronym TYSM has grown since February 2008, coincidentally with the rise of texting, social media and the internet.